Home Videos Watch: Punam Raut Walks Off Despite Umpire Giving Not Out With No DRS Available

Indian middle-order batsman Punam Raut showed tremendous sportsman spirit as she walked off by her own admission on day 2 of the Pink-Ball test against Australia. India courtesy of Smriti Mandhana’s maiden test ton are in a good position with the teams heading to the dinner break. At the break, India were 231/3 with Indian skipper Mithali Raj unbeaten on 15.

Meanwhile, Punam Raut’s courageous act became the talking point of the day’s play. She was dismissed in the 81st over by spinner Sophie Molineux as Alyssa Healy completed a clean catch behind the wicket.

Wow! Fair play to Punam Raut. This was her only opportunity on the tour and she walks. Not sure how many other players would have made that decision with their place hanging in the balance… #AUSvIND #Respect #PinkBallTest pic.twitter.com/wQxsXtakYB

With the bowler, keeper and the close-in catchers appealing, Raut decided to walk despite the on-field umpire not ruling her out. There was no DRS left as well which did not work in her favour. 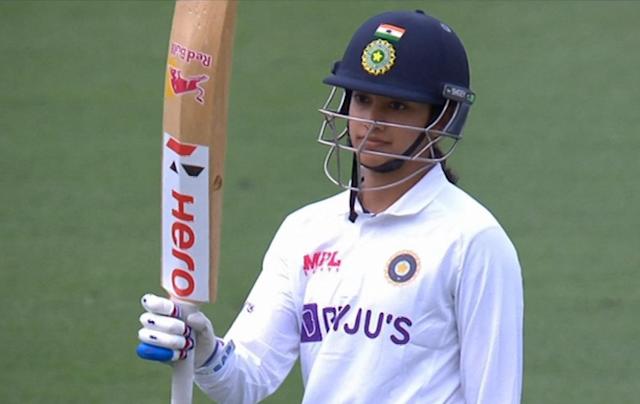 Smriti Mandhana first added a 96-run opening stand with Shafali Verma to give India a good start. Bad light then forced play to be stopped on the first day. They have started the second day on a positive note as well. Mandhana is currently just past her ton and adding a partnership that is inching closer to 100 with Punam Raut.