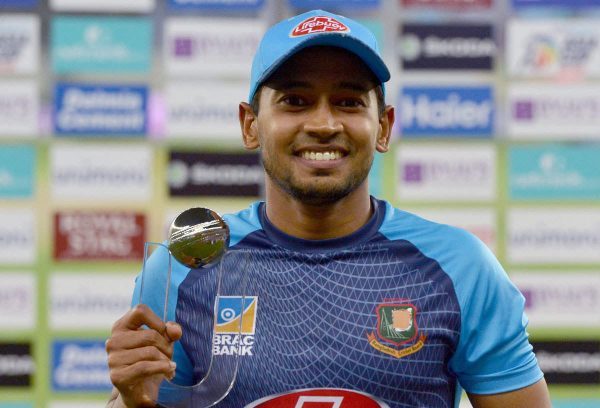 Bangladesh wicketkeeper-batsman Mushfiqur Rahim is always known to have an aggressive nature. He often passes remarks or mutters words from behind the stumps. Rahim is the one who keeps the morale of the team up and is in many ways the heartbeat of the team alongside Shakib Al Hasan and Tamim Iqbal.

Bangladesh is currently hosting Sri Lanka for a three-match ODI series. The visitors have lost both the encounters which have been played yet. In the second ODI Mushfiqur Rahim starred with the bat for the hosts. He top-scored for his team and showed his class. With a beautiful 125 runs, he helped Bangladesh reach 246 runs. While defending the total Mushfiqur Rahim’s were caught on the stump mic.

When Mehidy Hasan Miraz came to bowl, Danushka Gunathilaka and Pathum Nissanka were batting and trying to put up a partnership. When Gunathilaka defended the ball to a diving Miraz, Nissanka wanted a quick single as he sensed the ball might have gone past the bowler. Eventfully Miraz stopped and Nissanka was out of the crease. Sensing a possibility of a wicket, Rahim told Miraz to resort to coming in front of the wicket.

“Push him and drop him to the ground if he comes in your way,” Rahim was heard telling Miraz on the stump mic. His scintillating ton got overshadowed due to this questionable behaviour.

In the post-match presentation, the wicketkeeper-batsman Mushfiqur Rahim spoke about the team’s performance and his performance. He insisted that the youngsters should step up in case the experienced players fail to capitalize.

“I think Tamim [Iqbal] and Shakib [Al Hasan] score regularly and as they had a bad day, players like Liton, Afif and Mossadek should have grabbed the opportunity. If there are seven to eight performers it becomes easy. They should be more selective with their shot selection and must know when to play a low-risk shot and when to play a high-risk shot. I think they (juniors) need to contribute or else it becomes difficult for us,” Rahim said after the match.