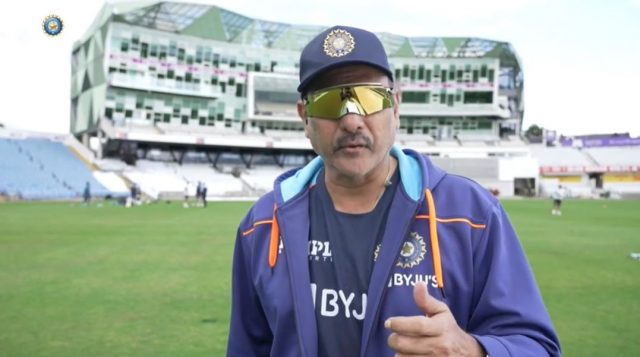 The 24th of August, 2021 marks 50 years of India’s first-ever test series win on England soil. The crowd ran onto the ground elated, as Ajit Wadekar and his men defeated the hosts 1-0 in the three-match test series.

Heading into the third test, the series scoreline was 0-0, as both the previous tests ended in a draw was. Batting first England scored 355 runs and in reply, India managed to put on 284 runs on the board. Bhagwat Chandrashekar then pulled things back for India with brilliant figures of 6/38. The hosts were bowled out for a mere 101, setting a target of 173 runs in the fourth innings. Indian batters held their nerves to seal a historic four-wicket victory.

The Board of Control for Cricket in India, on Tuesday, posted a video of Head coach Ravi Shashtri reminiscing his memories of the third test match. Shastri said,

“I was nine years old and I very distinctly remember every ball bowled in that test match. I was listening to the radio and had great commentators like John Arllot, Brian Johnson broadcasting on the BCC Test match special. It was riveting stuff, especially when it got close to the wire in the third innings and the fourth innings.”

As we celebrate 5⃣0⃣ years of #TeamIndia's historic 1971 Test series win in England, Head Coach @RaviShastriOfc reminisces his memories of that epic series. 🔝 👍 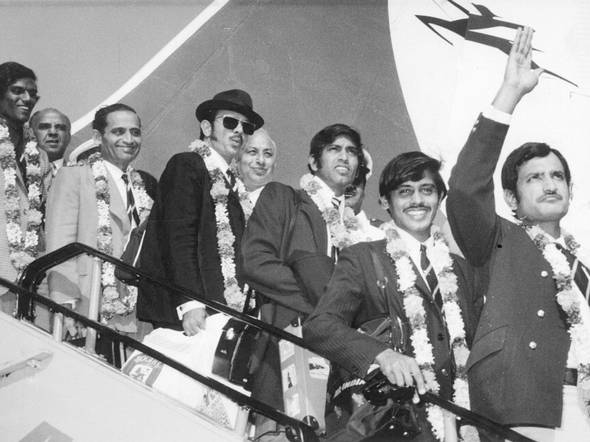 The Indian head coach highlighted all the brilliant performances from the historic test match. He recalled the electrifying scenes at the ground. Shastri also that the series win instilled the belief in Indian cricket that they can win overseas. He said

“It was Abid Ali who hit the winning run, I still remember through point hit it for four. The crowd invaded the Oval, they started running.”

“The 1971 series win in England lifted spirits of Indian cricket in a huge manner. It gave them the belief that they can go overseas and win. And to do it in England is always historic. 50 years have gone by, and those players really set the tone. Hats off to all of them,” Shastri concluded.