India’s wicket-keeper batsman Rishabh Pant is all geared up for the test series against England. The left-hander is a cog in the wheel of India’s middle order. Rishabh Pant has the skill to take on any opposition in any conditions and at any point in the match. He has established himself in the Indian test squad.

The 23-year-old spoke about his journey in international cricket in a video posted by the BCCI on their social media account. Rishabh Pant stated that he is happy to have learned from his mistakes. He added,

“I think it’s been amazing journey because I’ve seen lots of ups and downs in my early career. But it has been a good learning for me because as a cricketer you evolve, you learn from your mistakes, improve yourself and come back to the ground, and just perform well. That’s the only thing every cricketer is trying to do. So I am glad I’ve learned from my mistakes and I capitalized on whatever opportunity I got after that and I am happy.”

It was an amazing experience: Rishabh Pant on India’s tour of England, 2018 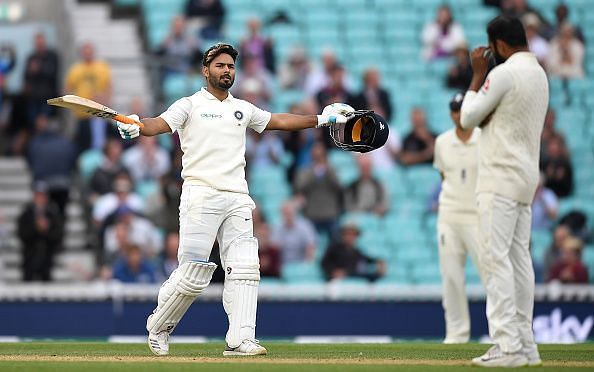 On India’s tour of England in 2018, Rishabh Pant made his India debut in the whites at the Trent Bridge. He scored 162 runs in three matches, including his maiden hundred at The Oval in the fifth Test match. Sharing his fond memories from the tour, Pant said:

“It was amazing experience, especially when I came to the test setup I was really young like I was 19 or 20 that time when I got the opportunity to play for the test team and I debuted in Nottingham. It was like dream come true because my coach Tarak Sinha sir, he always tells me that If you are not a test player, I don’t count you as an international player. So, when I knew that I am gonna play this test match I called him and I told that Sir Maine aapka dream pura karaya. (I fulfilled your dream sir)”

“We played one or two matches then I got a hundred in Oval, especially in England it was an amazing experience in front of that crowd, we were under pressure. It was an amazing memory for me,” he added.

Rishabh Pant’s career will come to a full circle when he will step onto the field at Trent Bridge, Nottingham against England on August 4 to play the first Test match of the series.