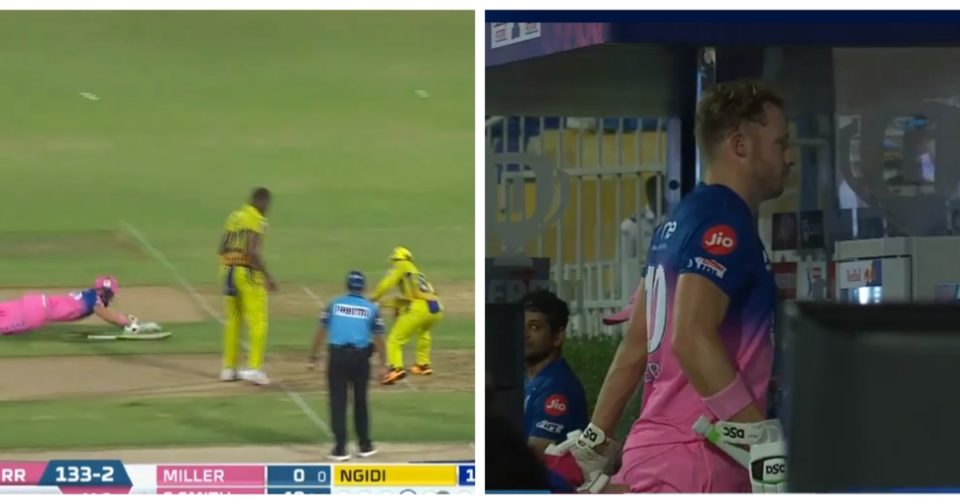 Meanwhile, the Royals got off to a poor start with young debutant Yashasvi Jaiswal returning to the hut early. But since then, it has been complete one-way traffic. The very talented Sanju Samson looked completely in charge of things taking on the spinners.

The batsman from Kerala made full utilisation of the slow ground on offer. Steve Smith also joined the party hitting the odd deliveries for six. The duo targetted veteran leg-spinner, Piyush Chawla, shelling out 47 runs from his two overs. They also didn’t spare Ravindra Jadeja, who is otherwise known to be economical with the ball.

Sanju Samson brought his fifty from just 19 deliveries before getting out while trying to clear the boundary off Lungi Ngidi. Deepak Chahar grabbed a good catch as Samson went back scoring 74 runs off just 32 balls including nine sixes.

Meanwhile, the departure of Samson saw David Miller also go back to the pavilion in quick succession. The delivery was on a length and at the stumps as Smith worked in front of square on the on-side and it was his call for the second. Miller responded well, but lost his bat as he dived – good throw from Ruturaj Gaikwad and Kedar Jadhav was at hand to break the stumps.

The dive’s not good enough and Miller falls for a diamond duck on his Rajasthan Royals debut. Unfortunate way to get dismissed – it didn’t help that Miller lost his bat as well, could have saved him else.