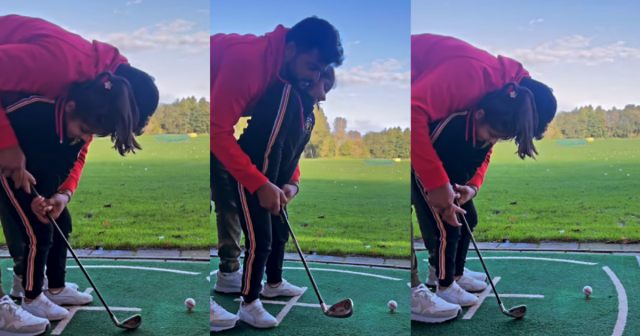 Five-year-old Gracia also has younger brother Rio, who was born on 2020. Raina continues to post adorable videos and pictures of two children across social media platforms. On Sunday, Suresh Raina shared a heartfelt video of himself teaching some golf basics to Gracia.

While uploading the clip, he included a caption which read:

“Golf session with my princess Gracia. Indulging her into sports & fitness is such an enriching experience not just for her but myself too. @rainagracia #reels #instagram #parents #parenting.”

Meanwhile, Suresh Raina had registered for the IPL 2022 mega auction last month at a reserve price of INR 2 crore. However, he didn’t find any interest from any side including his former franchise Chennai Super Kings (CSK).

Former New Zealand cricketer Simon Doull said that Raina lost loyalty of MS Dhoni and that became the reason for his ouster from the CSK camp.

The veteran batsman from Uttar Pradesh didn’t had a good outing in the last season and had lost the trust of the franchise. Speaking on Cricbuzz, Doull stated: