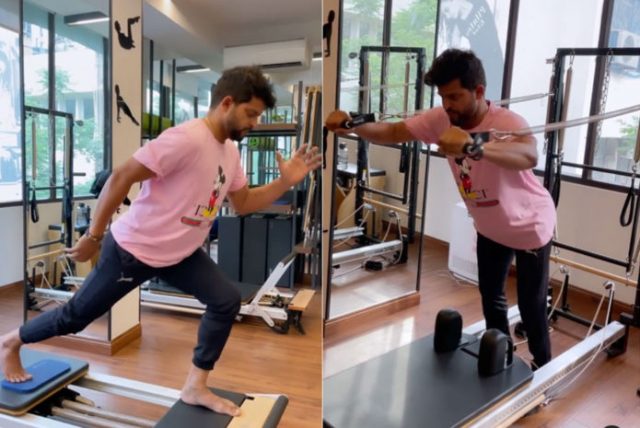 Suresh Raina is one of the most agile and athletic cricketers in the world. He is known for his swiftness on the cricket field. From the time, Virat Kohli took over the captaincy reigns, fitness has become paramount for Indian cricketers. Though Raina has retired from international cricket, he still represents the Chennai Super Kings in the Indian Premier League.

The left-hander is sweating it out in the gym slamming away the Monday blues. He shared a reel on his Instagram account and captioned it as”

A couple of years back, speaking to The Economic Times, Suresh Raina shared his fitness regime. He also revealed his favorite workout.

“I like to keep my training consistent. It includes lots of cardio, weight training, and a bit of cross-fit. I believe in well-rounded workouts that target overall strength, balance, and fitness.”

“My favorite workout has to be deadlifts. And my least favorite is the close-grip pull-down. I don’t have fitness role models as such. Fitness is subjective. There’s something to learn from everyone and their idea of fitness. I look up to anyone who is willing to break out of their comfort zone, and that could be as simple as rope-jumping.” Raina told The Economic Times.

Suresh Raina will be back in action soon, as the UAE leg of the Indian Premier League 2021 starts in September. Chennai Super Kings, whom Raina represents in the IPL are second on the points table. They have won five of their seven games played so far and have a very healthy NRR of +1.263.

The Chennai-based franchise will be gearing up to win their fourth Indian Premier League title.