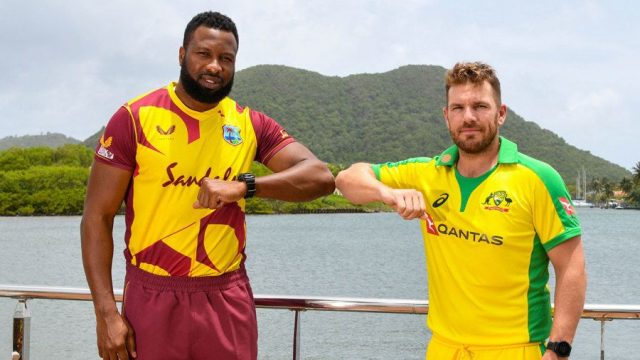 West Indies will take on Australia in the third T20I on July 13 at the Daren Sammy National Cricket Stadium, Gros Islet, St. Lucia.

After a dominating performance in the first and second T20I, West Indies is leading the five-match T20I series 2-0. Batsmen Shimron Hetmyer and Andre Rusell have performed tremendously well. Shimron was the Player of the Match in the second T20I. He hit 61 runs off just 36 balls, including four maximums.

The West Indies bowling attack has outshone the Aussies. They have bowled Australia out in both the T20Is – for 120 in the first T20I, and for 140 in the second T20I. Hayden Walsh has been the pick of the bowlers with 6 wickets.

Congrats to the #MenInMaroon on a comprehensive victory! 💃🏽🕺🏾

The Australian team has been extremely disappointing with the bat so. Except for Mitchell Marsh, the rest of their batters have not shown enough promise to score big. With Windies leading 2-0, the Australians will have to turn up with a special performance on Tuesday to keep them alive in the series.

Although West Indies will start the third T20I as favourites, the Aussies are a team that should not be discounted.

The pitch will offer some assistance to the pacers as well as the spinners. Anything around 160 will be a par score on this track. Teams will choose to bat first after winning the toss, as the pitch will get slower as the game progresses.