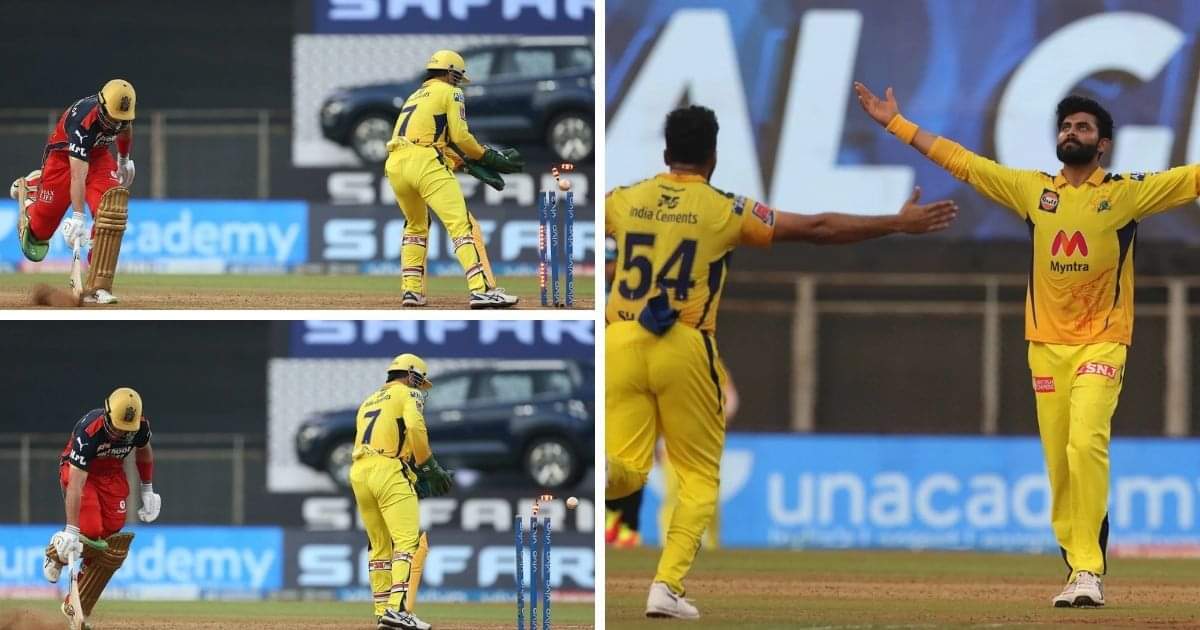 The man of the moment Ravindra Jadeja today can do wrong as he has single-handedly ripped Royal Challengers Bangalore apart in IPL 2021. In the build-up of the match, the talk was about MS Dhoni vs Virat Kohli but it’s Ravindra Jadeja who has produced a performance for the ages.

When Chennai Super Kings needed runs he smashed 37 runs in the 20th over. Then with the ball, he spun a web around Royal Challengers Bangalore batting and dismissed Glenn Maxwell and Ab de Villiers.

If that wasn’t enough he also executed a direct hit in the field. Dan Christian ended up having an awful match as he dropped Jadeja on 0 and then got run out to him.

The batsman Ab de Villiers mistimed a cut and called Christian for a quick single. The ball went to Jadeja who was fielding at short extra cover. As usual, Jadeja attacked the ball and unleashed his bullet throw. He executed a direct hit for the nth time in his career and Christian was miles out of his crease.

The CSK skipper MS Dhoni knew Jadeja has made yet another impact in the match and didn’t even bother appealing. Jadeja was ecstatic as his dream day keeps getting better today against RCB in IPL 2021.

Meanwhile, RCB is all set to lose their first match of IPL 2021. It was more like RCB vs Ravindra Jadeja today as he single-handedly won the match for Chennai Super Kings.