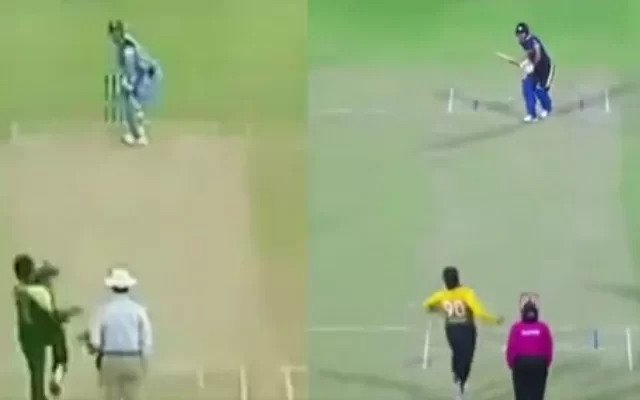 While batting first, Asia Lions posted 175 runs in 20 overs and India Maharajas reached the target of 176 runs losing only 4 wickets and 5 balls to spare as well.

India Maharajas captain Kaif has played an innings of an unbeaten 42. Meanwhile, during the match, Kaif and Asia Lions fast bowler Shoaib Akhtar were seen funnily involved in banter with each other. Shoaib Akhtar was seen jokingly holding  Kaif’s head after throwing the ball. And, he did this when Mohammad Kaif was going to the non-strike end after taking a run.

Shoaib Akhtar sharing a light moment with Mohammad Kaif after the Over. pic.twitter.com/KzlIOLUQXi

Meanwhile, after the match, Shoaib Akhtar funnily said that he wanted to punch Kaif. The TV presenter was really shocked after hearing this but Akhtar then revealed that he had told Kaif before the match not to run towards him while batting.

Akhtar said that Mohammed Kaif did not listen to me and he got angry because of that. However, the first match went well for both of them. While Kaif scored 42 runs which came in 37 balls, Akhtar took one wicket for 21 runs in his allotted 4 overs as well.