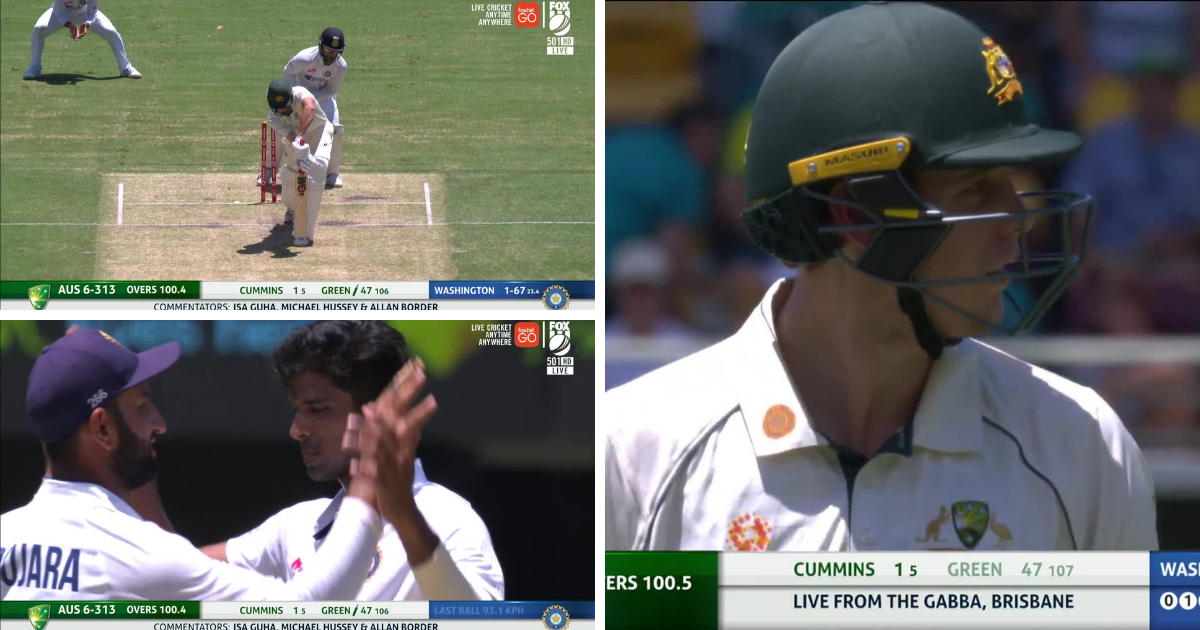 Team India debutant Washington Sundar has done a fine job in the fourth Test against Australia in Brisbane. After removing Steve Smith on day 1, Sundar picked two more wickets on day 2 helping India contain the host for 369 runs in their first innings. Another debutant T Natarajan and Shardul Thakur, who is playing his 2nd Test also chipped in three wickets each.

Meanwhile, Sundar was only a part of the T20I squad and since then, has been with the squad as the net bowler. His long stay with the squad paid dividends as he was handed the debut cap in the final match of the series after Ravichandran Ashwin failed to recover for the fourth and final contest.

Who would have thought Washington Sundar to play a Test match for India? But adverse conditions call for adverse solutions and Sundar was playing at the Gabba. Many questioned his red-ball abilities considering he has played only a few games and is not even regular in his stateside – Tamil Nadu. And now, the youngster has paid dividends picking three wickets in the first innings.

After getting Steve Smith out in a planned manner, Washington Sundar came back on day 2 to remove Cameron Green. It was pushed through flatter with the angle and Green prodded forward as he played for the non-existent turn – the ball went straight on, past Green’s defensive prod, and crashed into the middle stump.

As good as he looked against pace, Green seems to have an issue or two when confronted against spin. It was a cracker of a delivery from Washington Sundar which undid Cameron Green. Meanwhile, the Aussies managed to post 369 runs in their first essay with good contributions from Nathan Lyon, Mitchell Starc, and Josh Hazlewood.

Oh my goodness! Did that one go the other way? @hcltech | #AUSvIND pic.twitter.com/H8khO6TjK3

Also Read: ‘There’s No Excuse For This,’ Sunil Gavaskar Slams Rohit Sharma After He Gets Out At The Gabba

Speaking about India’s batting, Josh Hazlewood too kept a tight leash on things as the runs dried up for India. They lost Shubman Gill early but Rohit Sharma and Cheteshwar Pujara steadied the ship thereafter. The former played some delightful shots but played one shot too many and perished to Nathan Lyon on 44.

Skipper Ajinkya Rahane joined Pujara post that and negotiated the tricky phase to have India at 62 for two before Tea. The third session’s play has been delayed due to inclement weather and heavy rain.