The West Indies team made a fantastic comeback in the second ODI to level the three-match ODI series 1-1. A bizarre incident happened during the match which caught everybody’s attention.

Australia won the toss and opted to bat first. In the 16th over of the innings, Akeal Hosein bowled a no-ball to Mitchell Starc. According to the rule, the field must stay the same for the free hit ball. West Indies skipper, Kieron Pollard who was unimpressed, left the field. He had no interest in standing at the short-leg position for the free-hit ball.

With Pollard leaving, the Windies were left with 10 men on the field. The incident caught the eye of fans on social media and went viral.

One for the 'never seen that before' pile: No-ball called, so field must stay the same for the free hit. But Pollard (understandably) has no interest in staying at short leg where he had been standing. So he goes off the field and WI field with 10 men for the free hit #WIvAUS pic.twitter.com/LcYrAZCHHE

Interestingly, this isn’t the only time that such an incident has taken place on a cricket field. England’s off-spinner Graeme Swann did it once in an ODI against Australia.

Remember Graeme Swann doing it once in an ODI against Australia pic.twitter.com/B2VtH2obH9 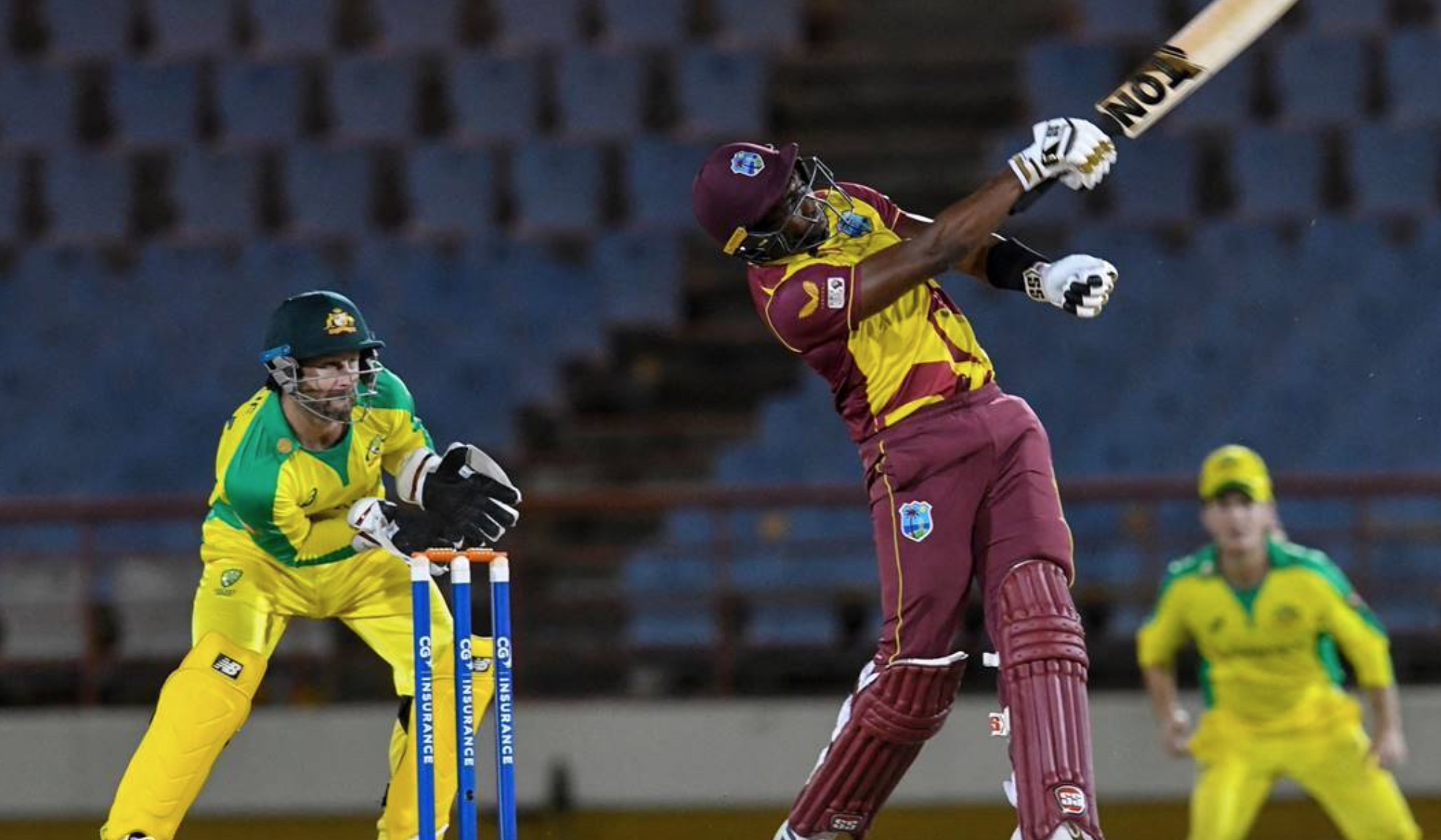 The first ODI between West Indies and Australia saw the visitors beat the hosts by a huge margin of 133 runs. Opting to bat first, Australia scored 252/9 in 49 overs (DLS), led by captain Alex Carey’s 67 runs and Ashton Turner’s 49 runs knock. The West Indies batting line-up collapsed for 123 as Mitchell Starc picked up a five-wicket haul (8-1-48-5).

The second ODI was rescheduled as a non-playing member from the West Indies camp tested positive for the virus. The hosts made a spirited comeback and defeated Australia by four wickets, chasing 187. Wes Agar top-scored for the Aussies with 41 runs. Alzarri Jospeph and Akeal Hosein picked up three wickets each in the innings. On the back of Nicholas Pooran and Jason Holder’s fifties, West Indies chased down the target in 38 overs.

The third ODI between West Indies and Australia will take place on July 27 at the Kensington Oval, Bridgetown, Barbados.