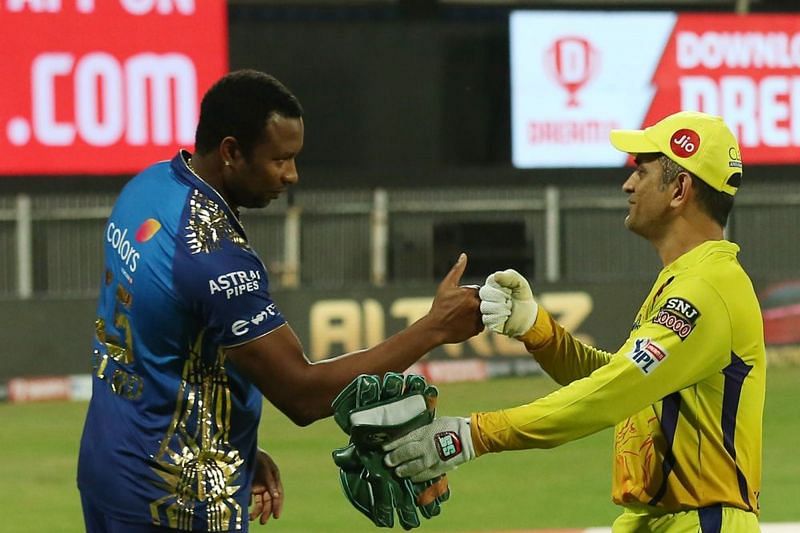 West Indies cricketer Kieron Pollard is known for playing aggressive knocks. He has the capabilities to send the ball over the boundary in any situation of the game. When the powerhouse Pollard is in the full mood he destroys the best of the best bowlers in the world.

Pollard with his remarkable knocks has helped his teams several times win the match from a losing situation. Pollard is a great asset for any team in the world he can play as a floater and can change the momentum of the game in just one over.

Kieron joined Mumbai Indians back in 2010 and had a very successful journey with the successful franchise. Pollard has delivered for the franchise whenever they demanded. The 34-year-old not only contributed to the batting side of things, but he has also equally contributed with the ball in his hand.

Meanwhile, The West Indies captain has been part of five IPL victories with the Mumbai Indians team. He recently talked about his mastery to deliver exceptional performance.

The 34-year-old addressed that Hardik Pandya and Krunal Pandya always encourage him to perform well in pressure situations. Talking about the thrilling battle between the top two IPL teams; MI and CSK. West Indies’ all-rounder stated that Pandya Brothers helped him to boost his confidence and play a match-winning knock. Pollard smashed 87 off 34 balls against CSK to chase down 219 runs, he was the main man in this remarkable chase.

Ready to bat at any given position: Kieron Pollard

Talking about his bowling, Pollard said he doesn’t have great pace or swing but he bowls smartly and gets crucial breakthroughs.

“I’m an underrated bowler. I don’t have the pace, swing, or seam but I try to use the angles and bowl smartly. Sometimes when I come to bowl, the batsmen look at me as someone they want to go after, and that’s when I try to outsmart them,” the veteran explained.

The West Indies skipper also stated that he is ready to bat anywhere for his teams.

West Indies under pressure and he stands up, they were 70 for 4 from 10.5 overs then Pollard smashed 51* runs from just 25 balls including 2 fours and 5 sixes at a strike rate of 204. What a player, Legend in T20. #WIvSA pic.twitter.com/nZ2pBWZpkI

“When I look back and take everything into consideration, what has made Kieron Pollard? It’s what he has done according to the team’s requirements. So if I’m looking at number four, that might be for my selfish perspective. I bat wherever my team requires me to get the job done. If they want me to go up, I train my mind, practice, and wait for the opportunity so that I’m not in unfamiliar territory,” Pollard concluded.