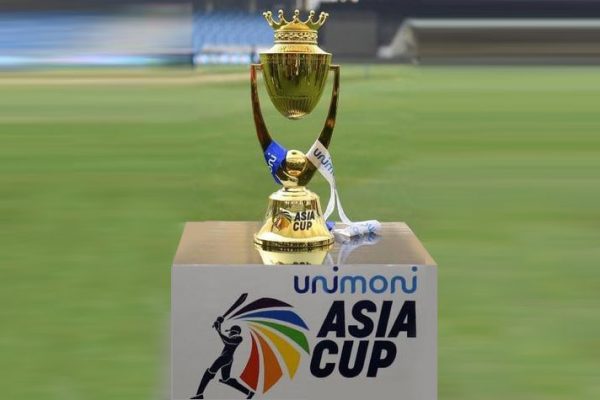 The Asia Cup 2022 is all set to kick off on Saturday, August 27 in the United Arab Emirates, with Sri Lanka taking on Afghanistan in the opening clash. The tournament was scheduled to take place in Sri Lanka earlier. However, the economic turmoil in the island nation forced Sri Lanka Cricket to shift the venue to UAE. The finals will take place at the Dubai International Cricket Stadium on September 11, 2022.

This year, the continental championship will be a T20I tournament. A total of six teams will participate in the Asia Cup 2022. The five full members of the Asian Cricket Council, Sri Lanka, Afghanistan, India, Pakistan, and Bangladesh have already qualified. Meanwhile, one team from Hong Kong, Singapore, UAE, and Kuwait will join the other five after the qualifiers round to play Asia Cup 2022. The qualified six teams will play two matches each in the group stages, before the Super four round.

When and who won the previous edition of the Asia Cup?

The previous edition of the Asia Cup took place in the United Arab Emirates in September 2018 in the One-Day International format. It was scheduled to be played in India. However, following ongoing political tensions between India and Pakistan, it had to be moved to the UAE.

Team India emerged victorious beating Bangladesh in a thrilling finale by 3 wickets. Bangladesh posted 222 runs in the first innings, before getting all out. India was in a spot of bother during their chase. However, Kedar Jadhav’s heroics got them through to win their seventh Asia Cup title. Shikhar Dhawan was the Player of the Series, as he slammed 342 runs in the tournament.