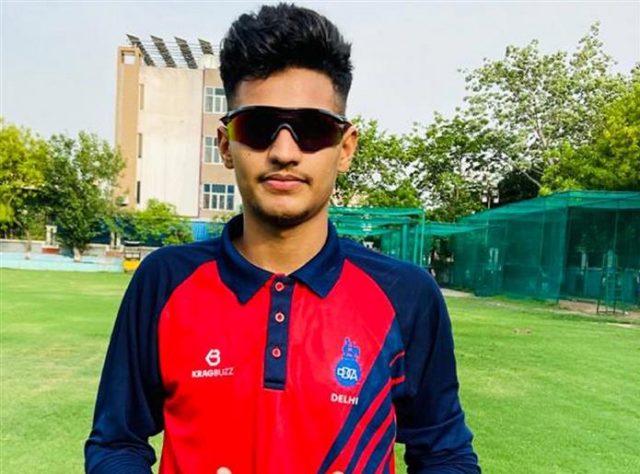 The Board of Control for Cricket in India (BCCI) has announced a 17-member squad for the upcoming U-19 World Cup set to take place in West Indies from January 14 to February 5. Young batter from Delhi Yash Dhull will lead the side in the land of the Caribbean Islands.

India, who have four U-19 ICC World Cup titles under their belts, will kick-start their campaign against South Africa on January 15, in Guyana before heading to Trinidad and Tobago to face Ireland and Uganda, on January 19 and 22 respectively.

Meanwhile, Yash Dhull is considered to be the next batting prodigy in India. He has scored tons and tons of runs in age-group cricket. Yash was one of the leading run-scorers in the Vinoo Mankad Trophy in the 2021-22 season held in September-October. He has amassed 302 runs for the DDCA in the five games he played with a stunning average of 75.50.

Yash, who hails from New Delhi’s Janakpuri, got into Bal Bhawan school’s academy at the tender age of 11 and developed his game from here.

The middle-order batsman, Yash Dhull has experience of leading Delhi’s U-16 and U-19 sides. He was also appointed as India’s captain of the 2021 ACC U-19 Asia Cup.

Yash Dhull came from a humble background and his father worked as an executive in a cosmetics brand. He gave up his job to build his son’s career. When asked about it, senior Dhull said to Times Now:

“I had to ensure he got the best kit and gear to play from an early age. I gave him the best of English willow bats. He didn’t have just one bat, I kept upgrading them. We had cut down on our expenses. My father was an army man. The pension that he received was used to run the household. Yash would always wonder how we were managing it.”