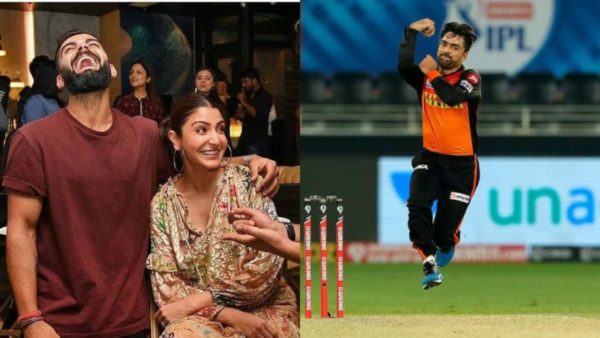 The virtual world today has taken over the lives of everyone. Google is the world’s most pre-eminent website where every information is available. Interestingly if you go and search Rashid Khan’s wife on google the answer will shock you.

According to Google search, none other than Anushka Sharma is the wife of the Afghanistani cricketer. Search “Rashid Khan wife” and immediately the name of Anushka will pop on your screens which is completely false.

Now, this is certainly bizarre as the world knows that the successful Bollywood actress is married to the Indian cricket team captain Virat Kohli.

The search outcomes of Rashid Khan’s marital status has been edited several times today. This news became viral today when a popular Indian website quoted this fake news and reported about it.

Virat and Anushka tied the knot with each other in November 2017, at a private ceremony in Italy away from the paparazzi of Indian media. Later on, the couple organised a lavish reception ceremony in Mumbai and Delhi respectively.

On the other hand, Rashid Khan is unmarried and once revealed that he will only get hitched once Afghanistan wins the cricket world cup.

Also Read: I Will Get Married Once Afghanistan Will Win The World Cup- Rashid Khan

Meanwhile, the algorithm of Goggle is unusual as it relies on various computerised systems to decide whether a page or in this case a name would be a great snippet to highlight. Once that Indian website covered this story and made it viral, the programming of Goggle added then highlighted piece of Anushka Sharma with Rashid Khan.

Also back in 2018, during an Instagram chat session, Rashid was asked about his favourite heroine he answered with the names of Anushka Sharma and Preity Zinta. The cricketer shares no other connection with Anushka Sharma.

Furthermore, Anushka is currently with his husband Virat Kohli in UAE amidst IPL 2020. She was even spotted in the stands during the last match of Kohli’s side the Royal Challengers Bangalore. The loving couple is expecting their first child in January next year.