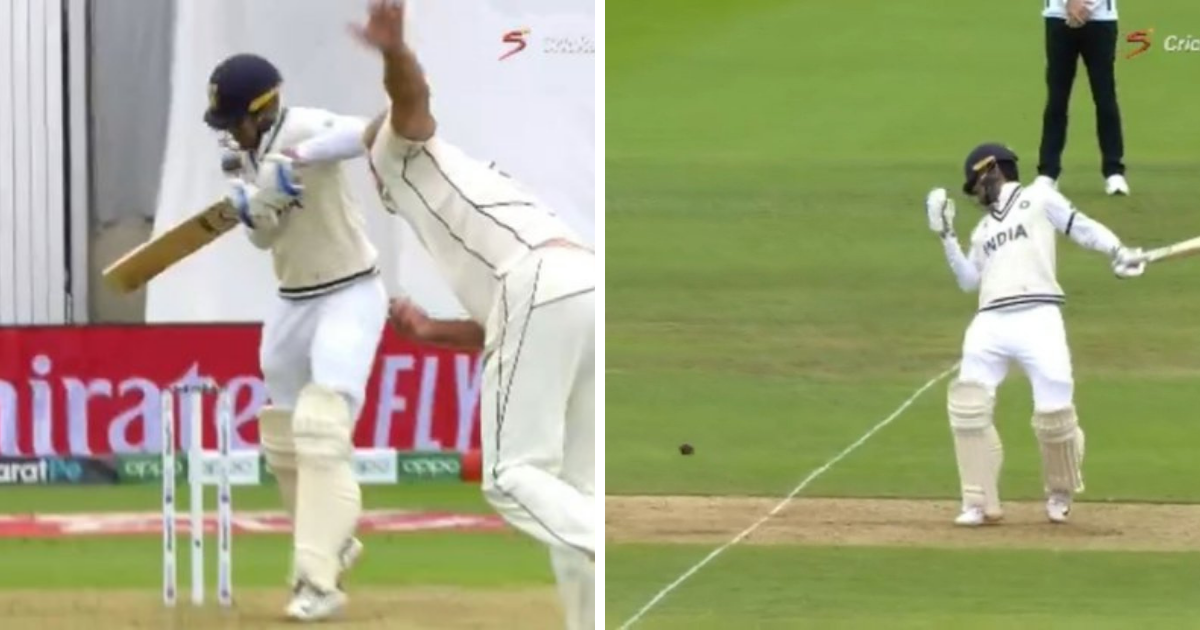 The much-anticipated clash between India and New Zealand in the World Test Championship (WTC) final is underway. The final is being played at the Hampshire Bowl in Southampton.

The first day’s play was washed out without a ball being bowled due to persistent showers. However, the second day saw much better conditions for cricket. With the rain staying away, the toss was finally held and Kane Williamson chose to bowl after winning it.

The Indian playing XI had been announced a day prior to the start of the final. Although there was much speculation regarding whether India would opt to change it due to the weather conditions, the final XI was the same with India going in with two spinners, Ravichandran Ashwin and Ravindra Jadeja.

On the other hand, New Zealand went in with four frontline pacemen, stacked with Trent Boult, Tim Southee, Kyle Jamieson, and Neil Wagner. The solitary spinner who played against New Zealand, Ajaz Patel, couldn’t find a spot in the playing XI after Colin de Grandhomme was preferred for his medium pacers over him.

After India were put in to bat first, the openers Shubman Gill and Rohit Sharma provided a fifty-run stand. It wasn’t an easy path, however. When Gill was batting on 23, a short of a length delivery from Kyle Jamieson that was pitched outside the off-stump took off out of nowhere and struck him right in the helmet grill.

The intensity was high from Jamieson, as he stared down the young batsman who’s playing his first Test in England. Following the bouncer, Gill was dumbstruck and had to take a few moments to recover from the blow. A mandatory concussion protocol followed, and he was allowed to continue after passing it.

Gill hit on the helmet by Jamieson! pic.twitter.com/M0GjOyeMnD

Following the washout on day 1, a reserve day on June 23 is likely to come into play according to the ICC.