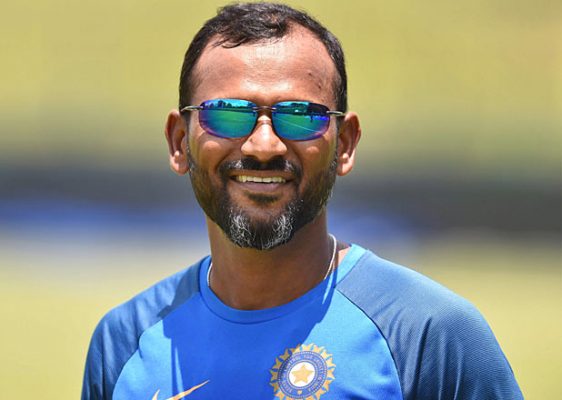 Cristiano Ronaldo is one of the most influential personalities on the planet, his influence is extraordinary. The football star is the most popular athlete as well, he has 301 Million followers on his Instagram handle.

Recently during the EURO 2020 press conference, Ronaldo picked up and moved the two Coca-Cola bottles kept in front of him, away from the camera. He was also seen informing people about drinking water instead. And, with this small 10-15 seconds gesture by star footballer, Coca-Cola suffered a huge loss of $4 Billion.

Now, the Influence of Ronaldo can he was seen on Indian fielding coach R Sridhar. In the press conference after the first day of India and New Zealand which was washed out due to rain, he asked whether there was any Coca-Cola bottle to be removed.

Is there a Coke bottle to remove? Asks R Sridhar at Press conference😂#MarketingMind #WTC #WhatsBuzzing pic.twitter.com/U99wJ2IyuQ

India will not change in their playing XI: R Sridhar

The Indian playing XI was announced in advance but due to rain match didn’t start on the scheduled day. Due to the toss not taking place on day 1, the India team had a chance to make some changes in the playing XI for the final World Test Championship clash against The Blackcaps.

R Sridhar mentioned that there might not be any change in the playing XI for the WTC Final against New Zealand. Because the team which was selected is good enough to play in any conditions.

“The eleven that has been announced is eleven that takes conditions out of the equation. I think it’s the eleven which can play and perform on any given surface and any given weather conditions. Having said that, the toss is not yet over. So, if needed, a decision will be taken at the time of toss,” said Sridhar in the press conference.

R Sridhar’s assumption came true as India went to play the same playing XI and had a strong outing in the first session.