The first day of the World Test Championship (WTC) Final has seen a delay in the start of proceedings. Due to the persistent rain and wet playing conditions, the first session was called off. To make matters worse, the forecast for the rest of the days isn’t too appealing.

However, the ICC has a reserve day in place and so, the fans and experts are desperately hoping for some cricketing action. The rain at the Ageas Bowl has meant that the groundsmen haven’t been able to prepare the pitch on the first day. As a result, the seamers will have a field day because of the grass on the pitch.

Sunil Gavaskar, who is currently in Southampton as part of the commentary panel for the WTC Final, opined that Team India might feel the need to tinker with their combination because of the rain delay. Although India announced its playing XI on Thursday, Gavaskar said the teams can change their playing XI until the toss takes place. 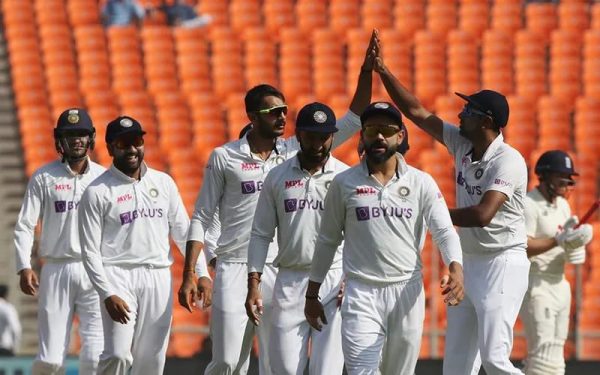 “See, they might have announced the team yesterday, [but] nothing is finalized until the captains share the sheets with each other during the toss. So, you can change the team till the very last moment. As a captain, when I used to be confused between playing a spinner or an extra batsman, I used to see the opposition’s eleven and scratch and change the team on my paper just before the toss,” Gavaskar told Aaj Tak.

UPDATE – It has stopped raining and there will be an inspection at 3 PM local and 7.30 PM IST. #WTC21 pic.twitter.com/VzzuXxGPrF

Because of the weather conditions at the venue, where overcast conditions are forecast for the next five days, India could be tempted to play an extra batsman in place of Ravindra Jadeja or Ravichandran Ashwin, according to the ‘Little Master’.

“I feel like maybe they’ll think of playing another batsman because of the weather. Because these conditions are suitable for New Zealand fast bowlers so Rishabh Pant is at six, he might shift to seven and an extra batsman might play. Seeing this weather, one spinner might be dropped,” he assessed.