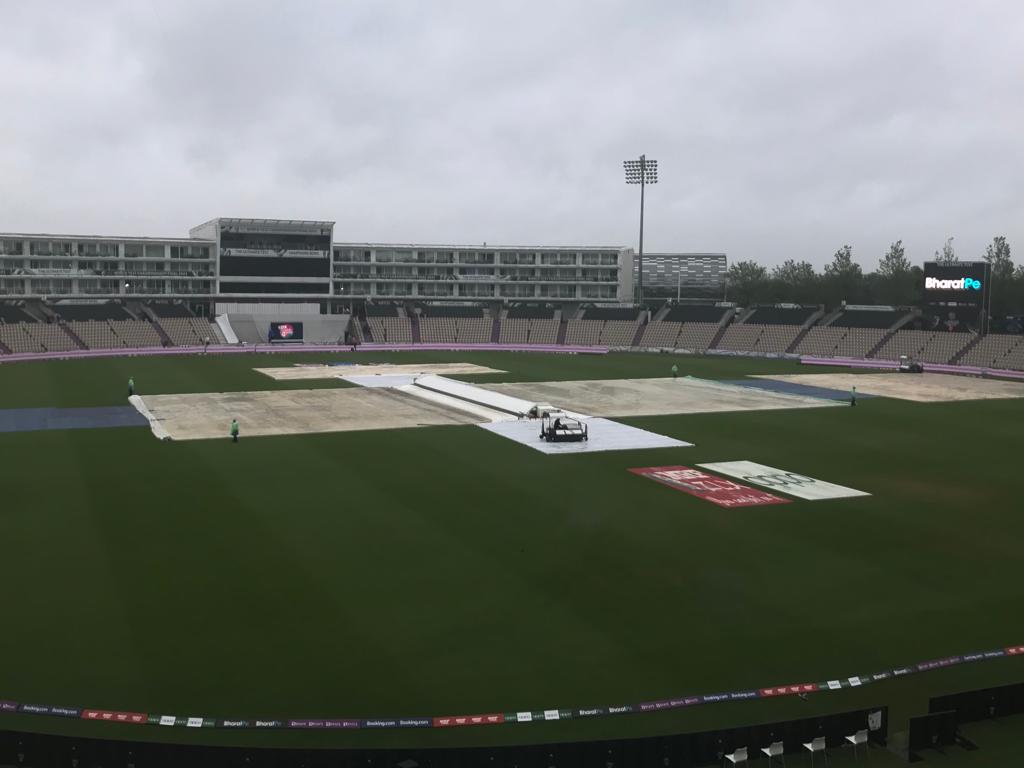 The highly-anticipated clash between India and New Zealand to decide the winners of the World Test Championship (WTC) is off to a gloomy start. The weather condition in Southampton, the venue for the final, is getting worse by the minute.

Just a few minutes before the scheduled toss, BCCI gave an official confirmation on its Twitter handle that the first session of the final had been wiped out. If a few sources are to be believed, the entire day 1 of the final is likely to be washed out as the forecast continues to offer no hope for the cricketing fans.

Update: Unfortunately there will be no play in the first session on Day 1 of the ICC World Test Championship final. #WTC21

Following the wipeout of session one, The ICC is receiving a lot of backlash for its decision to make England the hosts for such an important event -the reasoning being that the weather in England during the summer is usually not ideal for cricket. Although it might seem justified, it probably isn’t because things were looking upwards just a week ago when the temperature in the city was around 30 C.

Nevertheless, with the fans being starved of entertainment from the cricket field, they’ve decided to take it upon themselves to bring some joy to this rather gloomy day. The Twitterati have been posting memes on the event, with much of the focus being on ICC.

The world map that ICC refers to, before selecting a venue for an important event pic.twitter.com/2JIoIxWSPe

It has been raining since the last few days in Southampton !

All of us are eagerly waiting for #wtc2021 to kick off today.

Meanwhile rain in Southampton to everyone: pic.twitter.com/6kg7bIll5K

Meanwhile, Team India had announced its playing XI a day before the start of the final. There were no surprises in the team as India went with Jadeja, Ashwin as its spinners. They will be backed by the pace trio Ishant Sharma, Mohammad Shami and Jasprit Bumrah – It will also be the first time we’ll be seeing this bowling attack in play together.