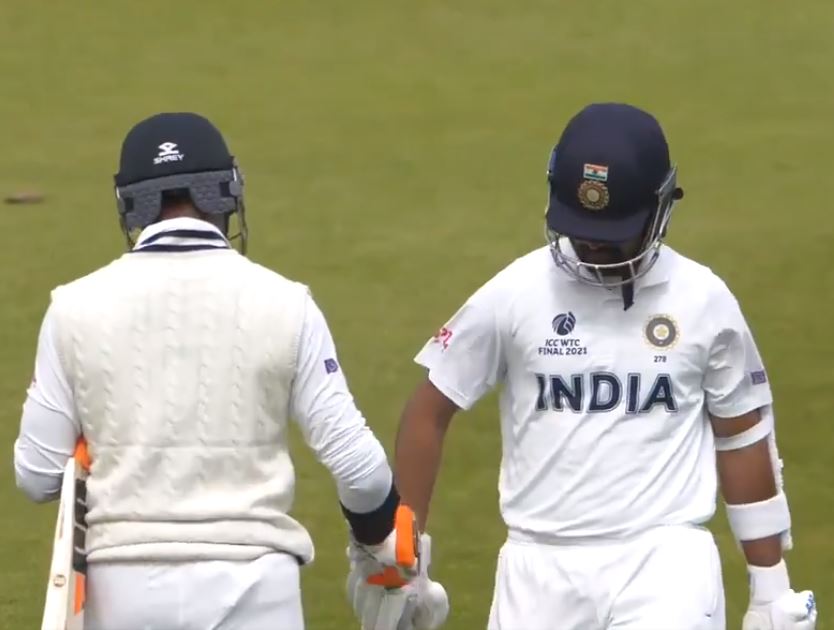 Owing to a lack of match practice before the WTC Final, the BCCI had arranged an intra-squad match for the Indian cricket team. The match started on Friday with the BCCI giving updates on the scorecard at the end of the day. On Monday, they tweeted a brief recap of the events of Day 3.

The Indian team was hard quarantined at the Ageas Bowl and after passing necessary protocols, they were allowed to train with the players. New Zealand was already scheduled to play a 2-match Test series against England as part of their preparation, which they won by a margin of 1-0 on Sunday.

BCCI shares a brief recap of the events of Day 3

Since Virat Kohli’s men need to acclimatize to the English conditions by playing practice games among themselves, the BCCI had selected a huge squad that included a few net bowlers. The Men in Blue will also be keen to adapt to playing with the Dukes’ ball, something that a lot of the countries have particularly stayed away from.

Since the practice matches are not televised, the BCCI shared videos of the game in order to keep the fans engaged. The apex board captioned the tweet: ‘The third day of intra-squad match simulation was about settling down & finding that rhythm. #TeamIndia Here’s a brief recap‘

The third day of intra-squad match simulation was about settling down & finding that rhythm. 👍 👍 #TeamIndia

In the video, we see openers, Rohit Sharma and Mayank Agarwal, along with Chetshwar Pujara and Ajinkya Rahane getting some much-needed batting practice ahead of the finale. Rishabh Pant, as usual, is at his cheeky best pointing out Shardul Thakur’s eagerness to get some batting practice. Thakur, who is handy with the bat, is seen rushing towards the nets in order to get some game time in.

The World Test Championship Final is scheduled to take place from June 18-22 at the Ageas Rose Bowl in Southampton. New Zealand, who recently became the No.1 Test Team after defeating England, will take on India in the ultimate test battle.