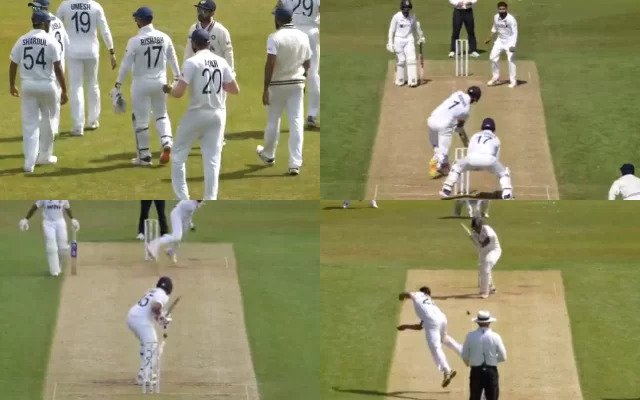 Rishabh Pant continued his rich vein of form and played an unbeaten knock of 121 runs from 94 balls. Shubman Gill, on the other hand, gave his side a steady start with an 85-run knock. With this performance, the youngster has made his case for the opener’s slot ahead of Mayank Agarwal in the WTC final.

On the bowling front, Ishant Sharma returned with three wickets to make his case for a place in the playing XI. A couple of media reports have suggested India are looking to include Mohammed Siraj in the team instead of Ishant Sharma.

The BCCI shared a couple of photos from Day 2 of the intra-squad game. Opener Shubman Gill, wicket-keeper batter Rishabh Pant, and pacer Ishant Sharma were the star performers during the match.

Highlights from Day 2 of the intra-squad match simulation here in Southampton 🔥#TeamIndia pic.twitter.com/Tm6RrQ4nnd

Mohammed Siraj should be picked ahead of Ishant Sharma in the WTC final: Harbhajan Singh

Harbhajan Singh also backed the decision to play Siraj ahead of Ishant Sharma in the WTC final. The cricketer from Punjab believes Siraj’s recent form, along with his confidence and pace, should work in his favour.

“If I was the captain, I would go with three pure fast bowlers. In that case, Jasprit Bumrah and Mohammed Shami pick themselves. In this final, I would like to go with Mohammed Siraj ahead of Ishant Sharma,” said Harbhajan Singh told PTI on Thursday.

“Ishant is a brilliant bowler, but for this game, my choice is Siraj, who has shown remarkable improvement in the last two years. You have to look at the present scenario. Siraj’s form, pace and confidence make him a better choice for this final match,” added Harbhajan Singh.

India will have to make full use of these warm-up games heading to the WTC final against New Zealand. Meanwhile, the Black Caps will come into the ICC event after playing a two-match Test series against England.