With the ICC World Test Championship Final just a week away, all possible combinations of the playing XI for India are being worked out currently by former players, analysts, and fans. While the debate is settled around the batting order, the only spot that’s yet to be finalized is India’s third pacer.

Former Indian spinner, Harbhajan Singh, has stated his opinion on the matter. The KKR off-spinner feels that senior pacer Ishant Sharma might have to sit the final out because of Siraj’s recent impeccable form. He also pointed out Siraj’s ability to swing the ball in English conditions tilts the competition in his favor.

“If I was the captain, I would go with three pure fast bowlers. In that case, Jasprit Bumrah and Mohammed Shami pick themselves. In this final, I would like to go with Mohammed Siraj ahead of Ishant Sharma,” Harbhajan stated according to Hindustan Times.

Mohammed Siraj with his pace will be lethal – Harbhajan Singh

The veteran spinner from Harbhajan Singh praised Ishant Sharma’s longevity but felt Mohammed Siraj was an automatic choice considering his performances in the last six months. 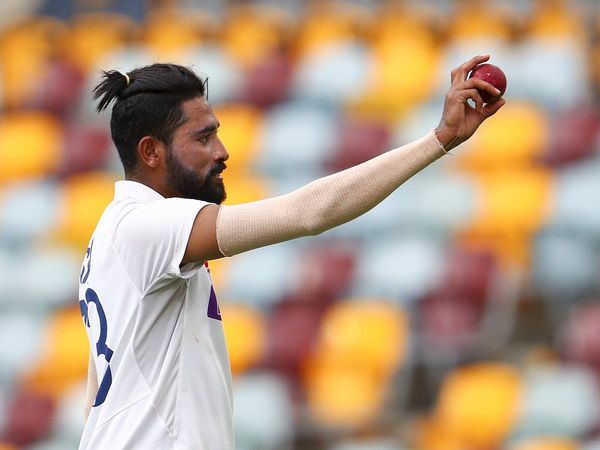 “You have to look at the present scenario. Siraj’s form, pace and confidence makes him a better choice for this final match. The kind of form he is in last six months, he looks like a bowler who is hungry for his chances. Ishant has gone through some injuries of late but has been a great servant of Indian cricket no doubt,” he said.

The final is slated to be played at the Ageas Bowl in Southampton. However, the ICC will be the ones to prepare the pitch. According to Harbhajan, if it turns out to be a green top, Siraj might prove to be a little too tough for the New Zealand batsmen to negotiate.

“If you leave some grass on the surface, Siraj with his pace will be lethal. Trust me, New Zealand batters won’t find him easy as he not only hits the deck but also gets to move the ball off the pitch at brisk pace. He can create awkward angles for batsmen,” he concluded.