The BCCI announced a 25-man squad on June 10, for the white-ball tour to Sri Lanka. With an eye on the T20 World Cup, a handful of first-timers were added to the squad. These include Ruturaj Gaikwad, Devdutt Padikkal and Chetan Sakariya to name a few.

Shikhar Dhawan is set to lead the side with Bhuvneshwar Kumar as his deputy. Although it isn’t confirmed for sure, it’s very likely that Rahul Dravid is on duty as the head coach. Among the new faces, Chetan Sakariya stands out as his performance in the IPL was rewarded.

It has been a very emotional ride so far – Chetan Sakariya

Sakariya has had a roller coaster of a year so far. While he was playing in the 2021 Syed Mushtaq Ali Trophy, his brother committed suicide. In the following few months, he landed a contract with Rajasthan Royals for 1.20 cr. The franchise gifted him a jersey that has initials of his late brother ‘R.K’ imprinted on it.  The jersey also has a message written on it that says, “Miss you bro”. 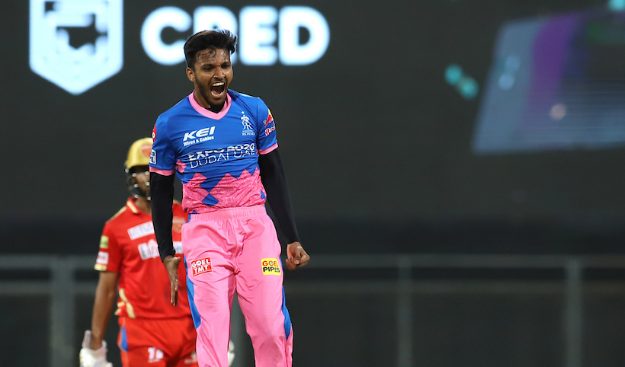 During the IPL 2021, Chetan Sakariya learned that his father had contracted covid-19 and was admitted to the hospital. Following the suspension of the IPL, he rushed back home to be with his father. A week later however, his father breathed his last. Upon selection in the Indian team, Sakariya dedicated the call-up to his late father.

“I wish my father had been here to see this. He wanted me to play for India. I miss him a lot today. God has made me see ups and downs in a span of one year. It has been a very emotional ride so far,” Sakariya told The Indian Express.

It remains to be seen whether he actually makes it to the playing XI, Chetan Sakariya has had a rollercoaster ride so far in his international career.