The Indian squad for the tour of Sri Lanka was announced by the BCCI on June 10. Shikhar Dhawan will be leading the side, while Bhuvneshwar Kumar has been appointed as his deputy. The team will take part in a 3-match ODI series starting July 13th, followed by a 3-match T20I series.

The squad size for the tour is 25, with as many as 6 new additions, viz. Devdutt Padikkal, Ruturaj Gaikwad, Krishnappa Gowtham, Chetan Sakariya, Varun Chakravarthy, and Nitish Rana. Although most of them deserve their place in the squad, a few consistent domestic players were left out.

Here we take a look at 3 players who deserved a place in the squad for the Sri Lanka tour: 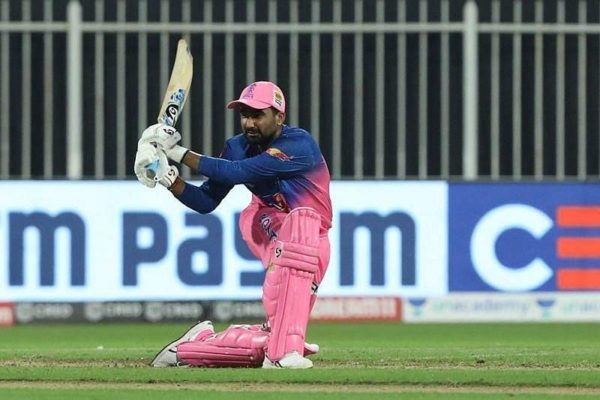 Rahul Tewatia is well known for scripting one of the greatest turnarounds in IPL history. In a run-chase against Punjab, Tewatia initially struggled to score runs for RR before launching Cottrell for 5 sixes in an over. His ability to hit sixes in the lower order and his handy leg-spinners certainly make him an asset for the team.

In a squad that’s missing key all-rounder Ravindra Jadeja, Tewatia would have been the perfect replacement. Although Tewatia received a maiden call-up for the India-England T20 series, he failed his fitness tests which eventually pushed him out of the team.

However, he definitely warrants a place in the side, at least in the T20I’s,  on the back of excellent IPL performances. Unfortunately for him, he will have to wait for his international debut.