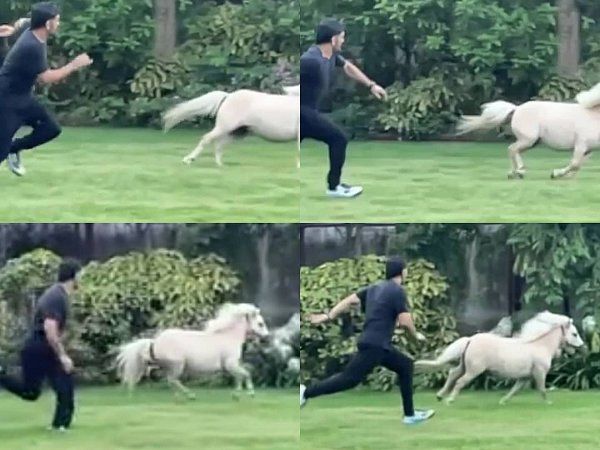 Former Team India skipper MS Dhoni is currently enjoying his time away from cricket. He was recently seen taking a race with his horse in his farmhouse in his hometown Ranchi. Dhoni’s wife Sakshi Dhoni shared the video on social media.

Since being shared, the video has gone all kinds of viral. It has also captured the attention of many. There is a possibility that the video will win you over too. Dhoni is an animal lover and has at least 4 dogs at his home. He also looks fond of horses as Sakshi has shared clips of 2 horses now. In May, she had welcomed a horse named Chetak.

MS Dhoni was in Delhi after the suspension of Indian Premier League (IPL) 2021 and couldn’t welcome the horse. He was seen pampering Chetak, his new horse, a couple of weeks back. Apart from dogs and horses, Dhoni’s love for bikes is also well documented and he has a number of bikes at his garage.

Meanwhile, Dhoni will make his on-field comeback in the third week of September as the BCCI has confirmed staging the 2nd phase of IPL 2021 from September 19 to October 15. The tournament will resume in UAE, which hosted IPL 2020.

Dhoni was leading Chennai Super Kings (CSK) before the season was suspended due to COVID-19 cases in different camps. With 5 wins from 7 matches, Dhoni’s CSK are placed at the 2nd spot. The veteran India player is likely to take a call on his IPL career after the season.