Ever since making a mark for the Mumbai Indians side in the IPL, Hardik Pandya’s journey in all formats of the game has been nothing but spectacular. He was considered a prospect for the future back then. And now, he has become an asset for India in the limited-overs format.

The Gujarat-born player came from a financially weak family. They lived in a rented apartment in Gorwa, with the brothers (Krunal and Hardik) using a second-hand car to travel to the cricket ground. However, his fortunes have changed following his debut for India back in January 2017.

Hardik was recently promoted to Grade A contract by the BCCI in April this year. Not to mention playing in the cash-rich IPL has also filled his bank account. Therefore, he now has a lavish lifestyle, and he gives his fans a glimpse on his social media accounts.

With that in mind, we look at three extremely expensive things owned by Hardik Pandya: 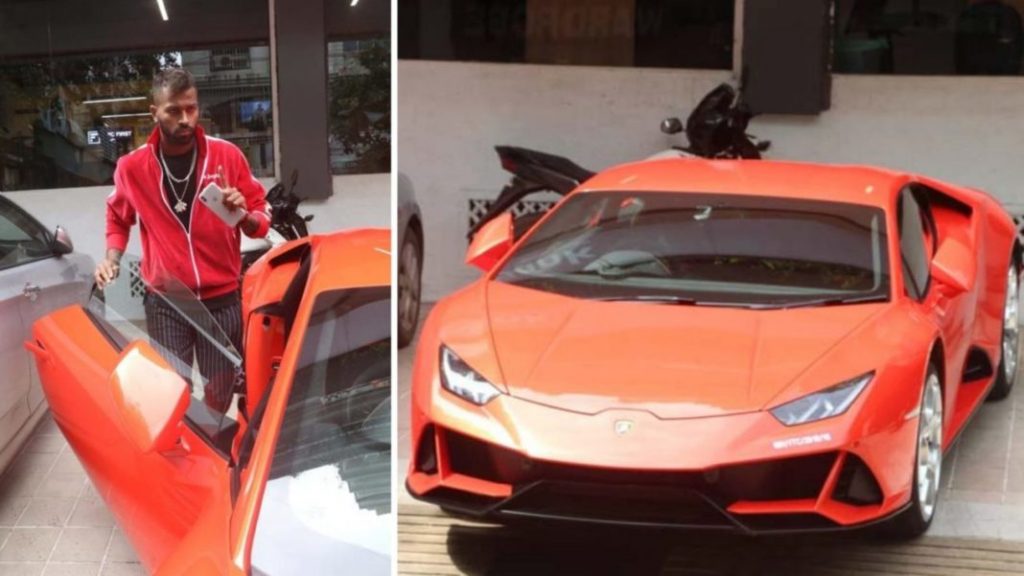 Back when the world wasn’t exposed to covid-19, Hardik was seen driving a bright orange-colored car on the streets of Mumbai. Accompanying him was his brother, Krunal Pandya, in what looked like Hardik’s freshly purchased Lamborghini Huracan Evo. The car has an estimated price tag (ex-showroom) of INR 3.73 crore.

The Lamborghini Huracan EVO was launched in India earlier that year and featured a 5.2-liter naturally-aspirated Lamborghini V10 engine. It’s also available in only one colour, the one Hardik got, and is called Arancio Xanto, a new Lamborghini four-layer colour. It has the capacity to accelerate from 0-100 km/h in 2.9 seconds and from 0-200 km/h in 9.0 seconds.