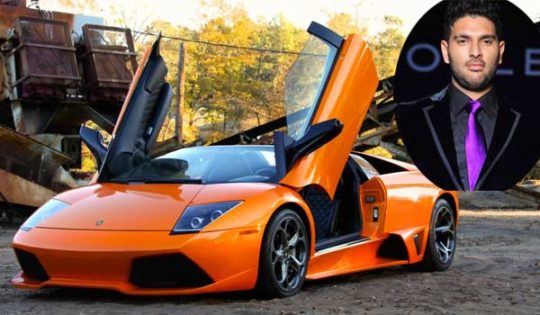 Indian cricketers are the most famous ones across the globe. They are a household name in the country and abroad. They reach the pinnacle top working hard all throughout their childhood. Playing cricket, the Indian cricketers have made handsome money which allows them to afford the luxury of buying expensive cars and owing lavish houses.

The Board of Control for Cricket in India (BCCI) is the wealthiest cricket board across the globe. They pay their cricketers very well capped by the earnings from the Indian Premier League (IPL). On top of it, Indian cricketers earn a hefty amount from commercials and brand endorsements.

As a result, they earn a lot of money and with money comes fancy desires. Most of the Indian cricketers hold a special place for four-wheelers and they own some of the most expensive cars in the country.

Here are the 5 most expensive cars owned by Indian cricketers:

Batting maestro Sachin Tendulkar holds a great love for cars just like he loves scoring runs on the cricket field. Tendulkar, who has served Indian cricket for over 20 years scoring almost 34000 international cricket, has a great collection of four-wheelers including a Ferrari.

Out of all the cars Sachin Tendulkar owns, BMW i8 is the costliest. The i8, which is owned by only a few handful individuals in the country is powered by a 1.5-litre, 3-cylinder petrol engine that outputs 231 bhp and 320 Nm. It comes mated to an electric motor that further adds 131 bhp and 250 Nm.

Tendulkar has flaunted the beauty a couple of times which is one of the expensive cars owned by Indian cricketers.