Test cricket as we know is regarded as the most elite platform for cricketers to showcase their skill. Plenty of players disregard the limited-overs format to make it in the longest format. Establishing oneself in Tests is not an easy task. And being part of a winning team in a Test series is no small feat either.

With the addition of the World Test Championship to the ICC cycle, the stakes have been raised further. Teams battle it out not just to win the series, but to make it to the final. One such series was the recently concluded Border-Gavaskar Trophy between India and Australia.

In a recently conducted poll by ICC, fans voted the 2020-21 Border-Gavaskar trophy as the ‘Ultimate Test Series’. The poll was held in a tournament-style format, where each series is pitted against another classic series. 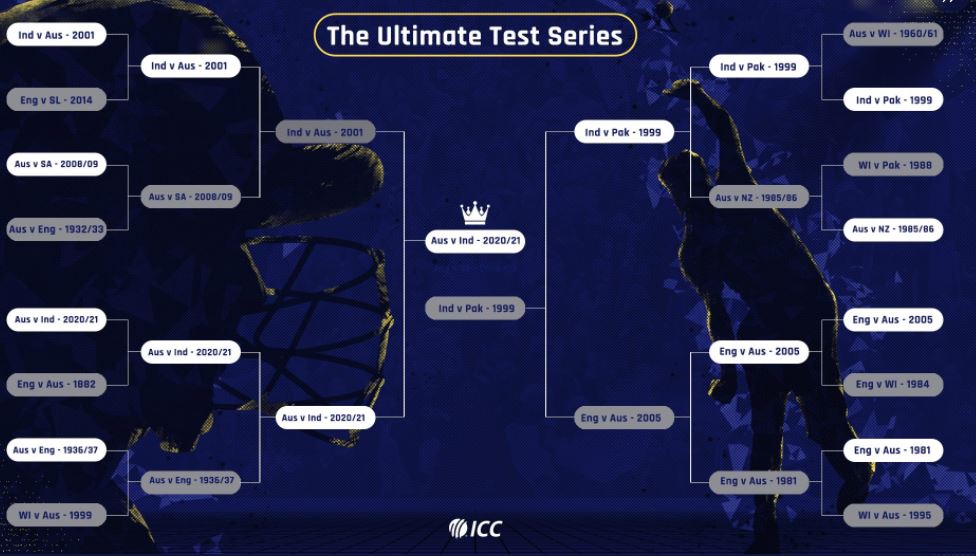 The 2005 Ashes classic, considered by many to be the best Ashes series, made it to the semi-finals but lost to Ind-Pak 1999 series. Eventually, the BGT ‘defeated’ Ind-Pak 1999 as a result of the majority of fans voting for the former.

The Border-Gavaskar Trophy is now famous for India’s comeback after a debacle at the Adelaide Oval. India were blown away for 36 in the second innings, the lowest total in its history. The odds were completely stacked against them. But India made a swift comeback at the Melbourne Cricket Ground, captain Ajinkya Rahane leading the way with a memorable century.

The third test at Sydney is remembered for Hanuma Vihari and Ravichandran Ashwin’s incredible and stubborn partnership, which saw India save the test match on the last day. They then followed it up with a win on the final day chasing 329, and finally breaching Australia’s fortress since 32 years, the ‘Gabba’.

Injuries, verbal onslaught both on and off the field, alien conditions- India braved them all to eventually win the trophy 2-1.