The Asia Cup 2022 tournament is all set to kick off on August 27 in the United Arab Emirates. Team India will begin their campaign against Pakistan on August 28 at the Dubai International Cricket Stadium. The Indian selectors recently announced a 15-member squad for the upcoming continental tournament. Rohit Sharma will be leading the team, while KL Rahul will be his deputy.

Team India won the 2018 edition of the Asia Cup, which was also held in the United Arab Emirates. They defeated Bangladesh in a thrilling encounter by three wickets to lift the trophy. Shikhar Dhawan won the Player of the Tournament in the 2018 edition as he scored 342 runs at an average of 68.40

Along with him, the likes of Kuldeep Yadav, Rohit Sharma, and others did well for India in the tournament. Meanwhile, some of the Indian players could not make their mark in the tournament. A few of them are also part of this year’s edition and could turn out to be match-winners for the Indian team.

In this article, we take a look at three players who failed at the 2018 Asia Cup but can be match-winners for India in the 2022 edition 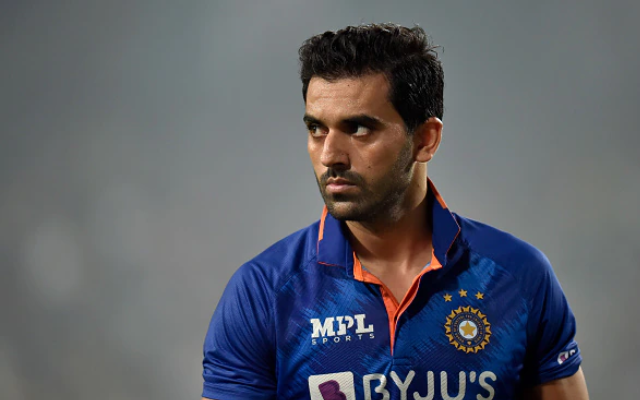 Chahar played against Afghanistan and conceded 37 runs in his four overs at an economy rate of 9.25. He is not part of the main Indian squad for the 2022 Asia Cup, as he was out of action for several months due to an injury. Chahar has been kept on stand-by by the Indian selectors. The all-rounder has the potential to be a match-winner for India at the 2022 Asia Cup if he gets an opportunity.

Indian spinner Yuzvendra Chahal had a decent run for India at the 2018 Asia Cup. In five matches, he took six wickets at an average of 32.83 and an economy rate of 4.47. However, the team would expect more from a bowler of his stature. This year, he has been in good form for India.

Chahal took 11 wickets in eight matches at an average of 15.36 and an economy rate of 7.29. He is part of India’s squad for the upcoming Asia Cup 2022 tournament. The Indian team will be hoping for Chahal to put on his magical performance at the tournament.

Indian all-rounder Ravindra Jadeja has been an integral member of the Indian team. However, he did not have a great outing for India at the 2018 Asia Cup. His notable performance was 4/29 against Bangladesh. Jadeja scored 48 runs in two matches and picked seven matches.

The all-rounder will be keen to put up a brilliant show for India at the 2022 Asia Cup, especially with the bat. Jadeja averages 55.33 this year, scoring 166 runs in seven T20Is. He has also taken four wickets this year in T20Is.