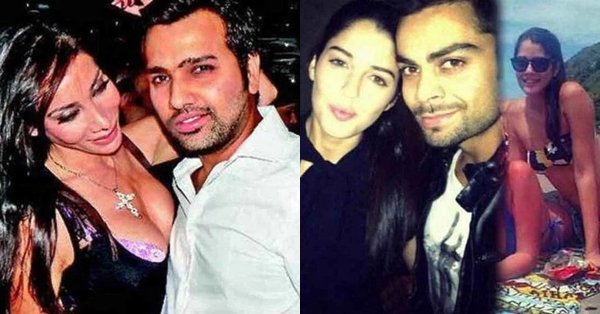 Cricket is in the DNA of every Indian and national cricketer enjoy humongous fan base. Now fans eagerly keep a lookout at the private lives of their favourite cricketers. With the luxury of social media, it has allowed fans to get closer to their stars and any gossip related to their love life instantly creates a noise. Especially when we talk about Indian cricketers their aficionados are interested in every minute detail about their girlfriends and ex-girlfriends.

Indian players usually get a lot of female attention as they are always trending and in the news. In this feature, we try to dig and find out some of the prominent Indian cricketers who were dumped by their girlfriends. These couples dated for a brief period but eventually called it quits when things didn’t go according to the plan.

4 Indian Cricketers That Were Dumped By Their Girlfriends

In 2008, the news of Yuvraj Singh dating the stunning Bollywood actress Deepika Padukone made massive headlines. Yuvraj at the time was a leading Indian cricketer, on the other hand, Deepika achieved stardom after the release of her first film itself.

The two were even spotted hanging out each in Australia in 2008 and it became official that the two are indeed dating. However the two never publicly announced their relationship in front of the media.

Several photos of them meeting each other were often detected and the two certainly had a thing for each other. Unfortunately, the relationship couldn’t succeed and it assumed that the two wanted to focus on their respective careers and decided to part ways and put an end to their relationship.