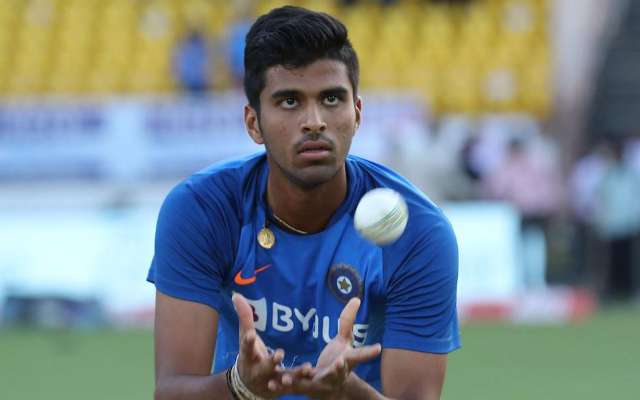 Perhaps Washington Sundar wasn’t even near the India A selection let alone not even being the first choice spinner for his state Tamil Nadu but on the morning of 15th January 2021, Sundar relived the most unrealistic dream as he replaced his senior state colleague Ravichandran Ashwin in the playing XI for the Brisbane Test.

Sundar’s first Test wicket was someone he’ll cherish for a long long time as he picked up the prized wicket of Steve Smith who was dismissed off caught on 36. Following which he ended up dismissing Nathan Lyon and Cameron Green, finishing at 3 wickets in the first innings of his First Test. He also made a useful contribution with the bat which will keep the selectors interested.

Now, Washington Sundar’s selection may draw criticism since he hasn’t played much First-Class cricket but his strong show in the Brisbane Test might just help his chances of being selected for the England series.