Cricket is considered more of a religion than a sport in India, because of the fact that some Indian players have given so much to the sport that people have regarded it as ‘More than just a sport’. Normally a player can be fully fit but isn’t able to score those valuable runs or pick those wickets for his side let alone contributing to the Team’s success. But there have been instances where players after severely injuring themselves have gone on to put up some of the best performances in Indian history to help the side secure a win or a draw.

The likes of Kedar Jadhav, Shikhar Dhawan have battled out all the pain in them to actually help India secure a win in the most dreadful circumstances putting their career on the line. The grit and determination these players show is what makes their knock even more special for the fans. Today we take a look at five such Indian players, who played on despite suffering a major injury during a match.

Let’s take a look at 5 Indian Players who battled through injuries to save the game for India: 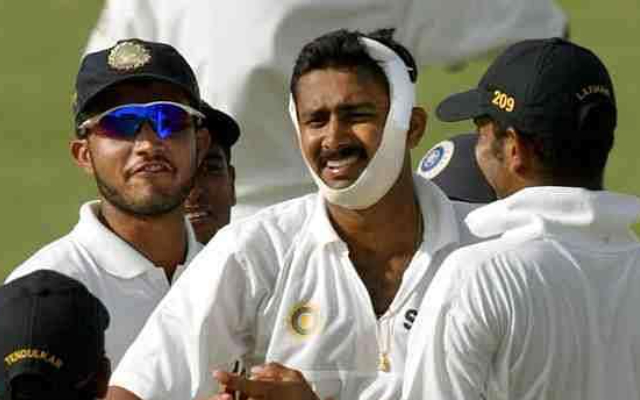 Former India captain Anil Kumble once copped a blow by a Merv Dillon right on his jaw while batting against West Indies in 1992 at Antigua. As soon as Kumble got hit on the jaw, he spat out blood but then went on to bat for further 20 minutes for the team.

Later when it was India’s time to bowl after declaring at 513/9, Kumble walked out to bowl with a heavy bandage wrapped around his jaw, the grit and determination to turn up for the nation was pretty much evident in Kumble’s action the other day. After which Kumble went on to bowl 14 overs wherein he picked the priced wicket of Brian Lara