Cricket is undoubtedly the most popular sport in India and is considered as a religion in his country. Nothing unites people more than cricket does in India. Given the geographical composition of the country, it’s always a challenge for the players to play in different stadiums in India.

Along with this challenge comes the pressure to play in front of a huge crowd cheering for their home nation. With a population of about 1.3 billion people, and cricket being the most loved sport, India is home to some of the largest cricket stadiums in the world with huge seating capacities. In this article, we take a look at the 5 cricket stadiums in India with the largest seating capacity. 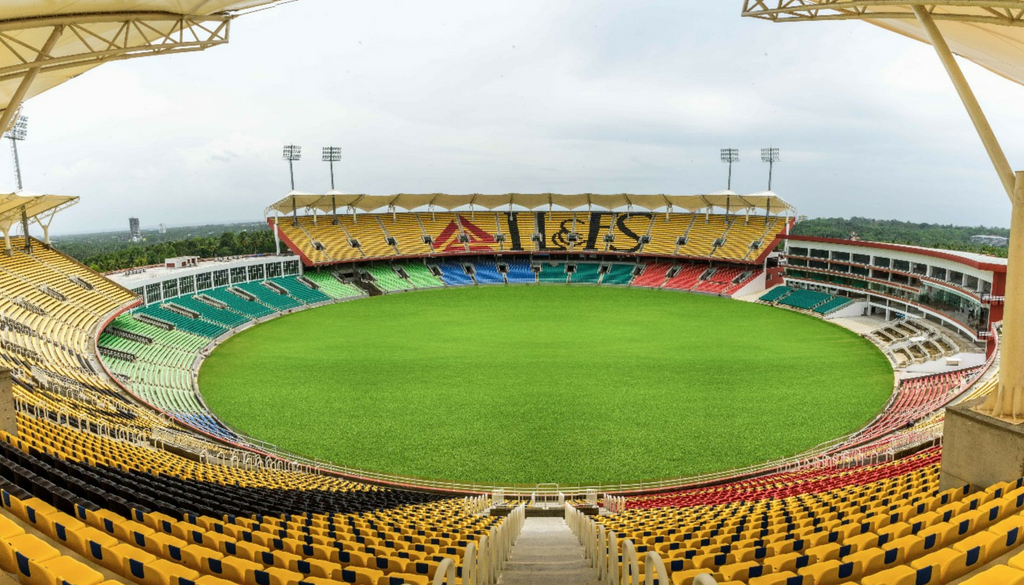 The Greenfield Cricket Stadium formerly known as the Trivandrum International Stadium is a multi-purpose stadium situated in Kerala. The stadium is mainly used to host football and cricket matches. The stadium was built 6 years ago, in 2015 by IL&FS company.

It has the capacity to accommodate 55,000 spectators. In 2016, the Kerala Cricket Association signed an agreement to take the Greenfield stadium on lease to host matches. The stadium hosted its first International cricket match when India played against New Zealand and beat them by six runs in a T20 International match in 2017.

After this match, the stadium played host to two more International matches against West Indies. It also hosted the 2014 SAFF Championship where India emerged victorious beating Afghanistan by a 2-1 margin.

“You Told Me To Play My Natural Game, It Really Helped” – Shubman Gill...