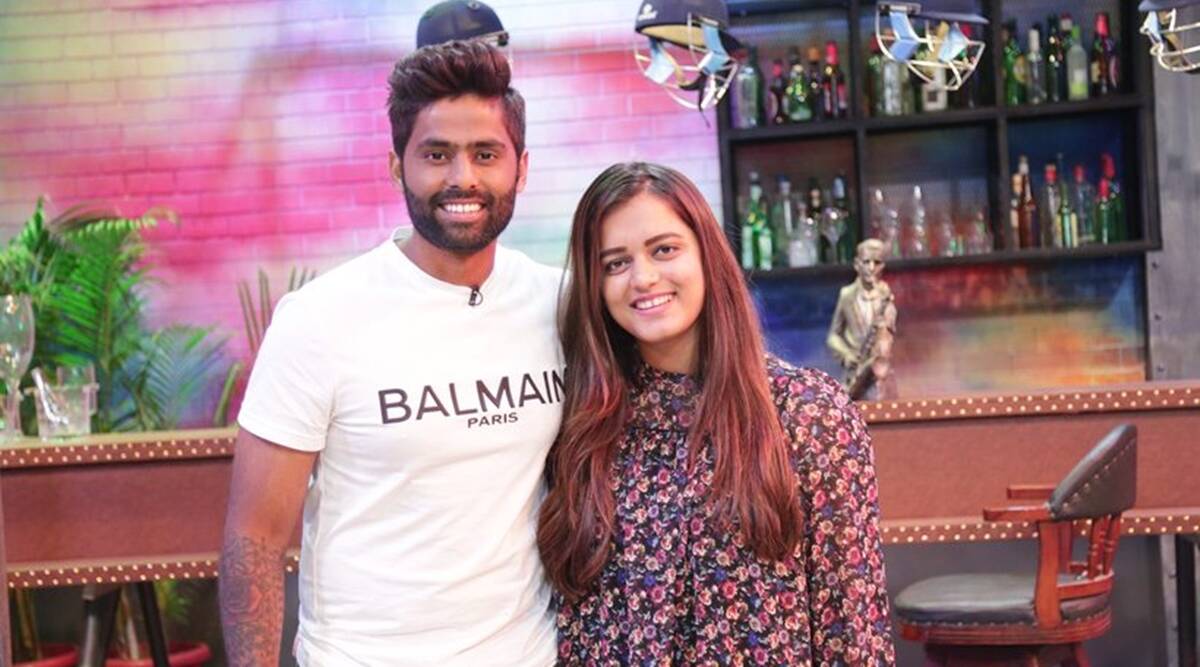 Suryakumar Yadav is also known as ‘SKY’ is a rising star of the Indian team. The Mumbai Indians star batsman has continuously impressed everybody with his performance. Suryakumar made his international debut against England in the T20I series in March 2021. Also, he hit a six in his first international ball and scored a half-century.

The right-handed batsman as of now has played 3 T20 Internationals. Recently he got selected for the limited-overs tour of Sri Lanka.

Suryakumar Yadav has been a consistent performer in the domestic circuit and Indian Premier League. Due to his brilliant consistency, he has been received an international call-up by the Indian team. Yadav is popular for his aggressive game, but he is also known for his love for tattoos.

The 30-year-old batsman has ten plus tattoos on his body. Surya appeared on The Kapil Sharma Show, And he mentioned that he greatly enjoyed getting a tattoo for the first time. Due to a great first-time experience, he decided to add more tattoos to his collection. Here’s a look at his tattoos.

Mumbaikar Suryakumar Yadav absolutely loves his parents. Before IPL 2014, he got inked the names of parents (Ashok and Sapna) in an ambigram form. The ambigram tattoo from one side reads Sapna and the other side reads Ashok.

“When I got selected for KKR, I put their names in ambigram form. So, from one side it reads Ashok but it reads Sapna from the other,” Suryakumar Yadav had said.

When the 2014 season started, Suryakumar decided that if his team; Kolkata Knight Riders became IPL champions, he would get a tattoo of his parents’ face on his arm.

“The same day I got the tattoo, I had made up my mind to ink my parents’ faces on my arm if we win the tournament,” he added.