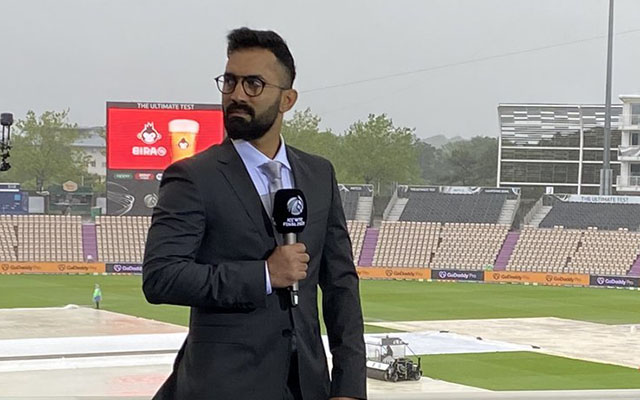 India wicketkeeper-batsman Dinesh Karthik named the current Indian team led by Virat Kohli as one of the best Test teams ever. Karthik also gave credit to the bowling unit for playing important roles in India’s away series wins.

However, Virat Kohli-led Team India scripted history on Thursday, by winning against South Africa by 113 runs, and with this, they register their first-ever Test match victory in Centurion. Reflecting on India’s win, Dinesh Karthik told Shaun Pollock during an interaction on Cricbuzz:

“This is arguably one of India’s best ever Test teams, only because of their overseas record over a period of time. The batting actually hasn’t fired as much as they would have liked. We keep speaking about the fact that the middle-order batters – Rahane, Pujara and Kohli – haven’t got hundreds. Still, they are winning Test matches abroad. And we are talking about the top teams in the world – Australia, South Africa and England.”

“India have always had some fantastic batters” – Shaun Pollock

Analyzing India’s success away from home in the longer format, Shaun Pollock shared that past Indian teams haven’t had the pool of quality pacers. Sharing his views on this, the South African legend said:

“India haven’t had that third and fourth bowling options in the past. They had Javagal Srinath and Venkatesh Prasad but the back-up seamers weren’t able to do the job. Spinners are obviously not as effective (in South Africa).

Meanwhile, Mohammed Shami led the bowling attack for India in Centurion, picking up eight wickets, while Jasprit Bumrah picked up five. However, Dinesh Karthik is confident that India can win the series this time.

“I am pretty confident that this series will belong to India. I say that mainly because of the record they have in Johannesburg. They have found a way to win in Johannesburg twice. It is one of their happy hunting grounds. The fact that they are going there to play the second Test there will keep them in good stead,” Dinesh Karthik concluded.