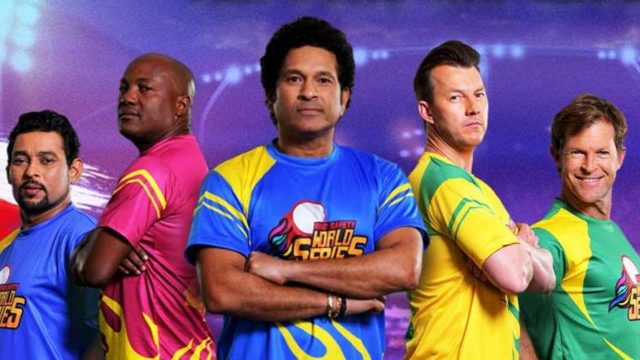 Cricket fans are all set to witness their childhood heroes back in action with Sachin Tendulkar Virender Sehwag Jonty Rhodes, Carl Hooper, Thilakaratne Dilshan set to return to the cricket field for the second season of the Road Safety World Series.

The first season was huge success with the stadium being jam-packed. Fans were excited to see their childhood heroes back in action. The tournament also received huge viewership through TV and OTT platforms.

The second season of the Road Safety World Series (RSWS) which is played to raise awareness about road safety across the world will be played from February 5 till March 19, 2022, in India and UAE, the organizers announced on Thursday.

In the inaugural season, there were 7 teams comprising legendary players from South Africa, India, Australia, West Indies, Sri Lanka, Bangladesh. England Legends were added after the Australian legends team pulled out of the second phase tournament due to covid 19 concerns.

Meanwhile, Tillakaratne Dilshan topped both the runs charts and wickets tally scoring 272 and picking up 12 wickets. This all-round performance helped his team Sri Lanka legends reach the finals of the inaugural season. India won the inaugural edition of the Road Safety World Series after beating Sri Lanka in the final.

The second season of the tournament is being organized by MSPL & ANZA Investment group. An emirates cricket board official confirmed that NOC has been received for the mega event

There will be more than 160 international retired cricketing legends who will be giving their stellar performance in the tournament this season, a release said.

Notably, the likes of Sachin Tendulkar, Brian Lara, Jonty Rhodes, Carl Hooper, Thilakaratne Dilshan, Virender Sehwag, Yuvraj Singh, and others were part of their respective teams in the last season.