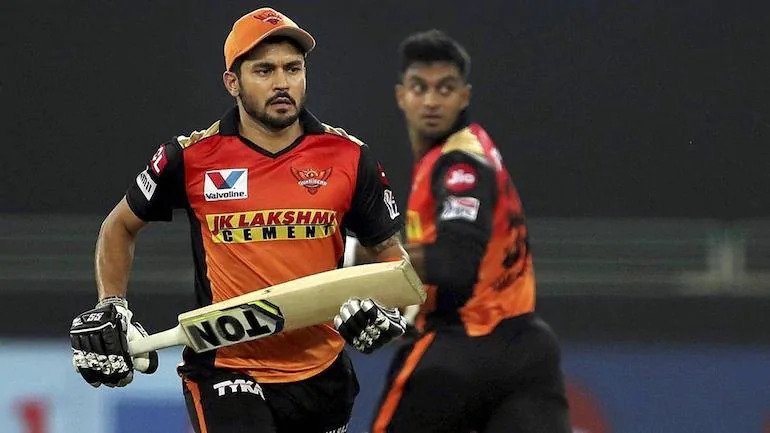 Aashish Nehra immensely criticised Manish Pandey for his slow knock against RCB as he failed to take his side to a win. Pandey much like the first match against KKR was hesitant to go after the bowlers and the required rate kept climbing on a tricky pitch in Chennai. In the 17th over, Pandey finally decided to go after left-arm spinner but failed to execute the big shot and could only gift a catch to long-off. The SRH number 3 batsman scored 38 from 39 balls and once again received criticism for his bizarre slow knock.

Former India fast bowler Ashish Nehra raised questions on Pandey’s approach and tagged him as a tailender. Nehra then further scrutinised the shot selection of Pandey who kept trying to hit everything towards the leg side when he should have scored in the extra cover area.

“Virat Kohli deployed his only left-arm spinner at the right time. But the way SRH batters – Jonny Bairstow, Manish Pandey, and Abdul Samad got out, it didn’t seem like proper batters are getting out. They appeared to be losing wickets like tailenders, especially Pandey”, Ashish Nehra told Cricbuzz.

“When the players at positions 9, 10, 11 don’t have many options against moving deliveries, they target only mid-wicket and long on. And that’s a major difference. When you are in a good form and know how to play under pressure, you have options to hit those away going deliveries towards mid-off or cover”, he added.

Meanwhile, Ashish Nehra didn’t stop there and indicated that Manish Pandey hasn’t been able to cement his place in the Indian side as he lacks the ability to adapt under pressure and help his side win. He mentioned the names of Ishan Kishan, Hardik Pandya, Rishabh Pant who leapfrogged Pandey as they adapt quickly and bat better under pressure.

“And that’s why Manish Pandey failed to cement his place in the Indian team. You look when he made his debut, and then the likes of Hardik Pandya, Ishan Kishan, Rishabh Pant, and Suryakumar Yadav came and went far ahead. Because these players are much better at adapting to the pressure and that’s why they leapfrogged Pandey,” he concluded.