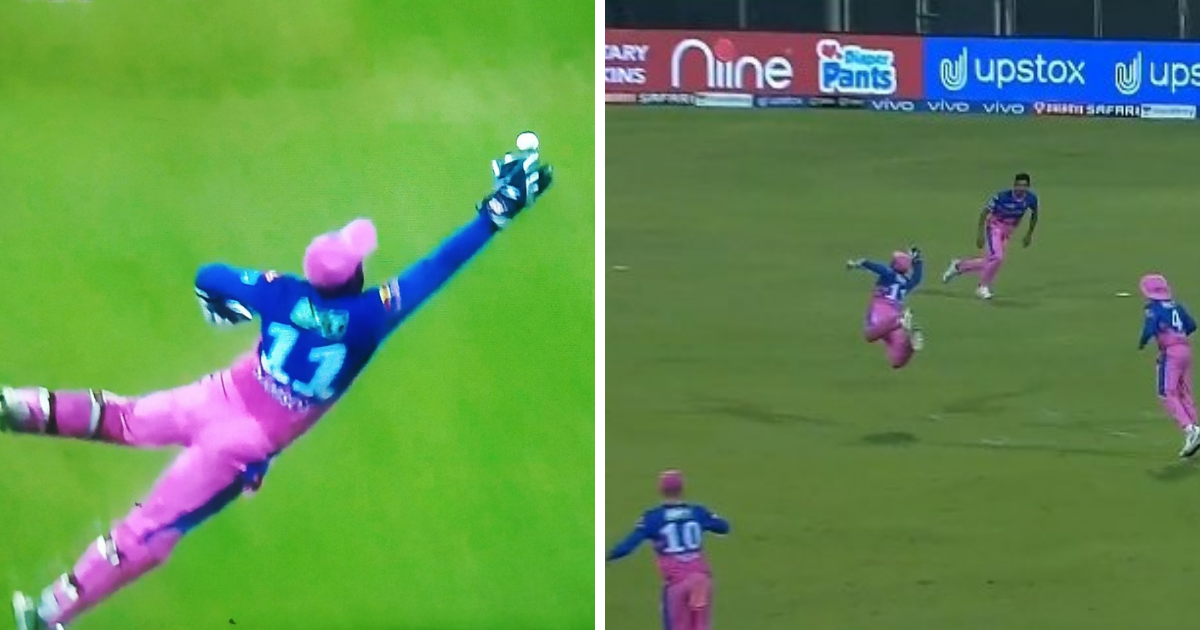 Rajasthan Royals have got off to a flying start during their IPL 2021 game against Delhi Capitals at the Wankhede Stadium in Mumbai. Skipper Sanju Samson grabbed onto a flying catch off Jaydev Unadkat to get the better of last match’s hero Shikhar Dhawan. Delhi reel at 16 for two and will require a big knock from their skipper Rishabh Pant to put up a big total on the board.

Asked to bat first, Delhi Capitals were in all sorts of trouble. Jaydev Undakat took only six balls to strike dismissing Prithvi Shaw and draw the first blood. Shaw, who played a fine knock in the last game, failed to read the slower delivery and top-edging it David Miller positioned at the point. Jaydev Unadkat backed it with another wicket this time of Shikhar Dhawan thanks to a brilliant catch from Sanju Samson.

It was nothing of delivery from Jaydev Unadkat. Shikhar Dhawan shuffled across to play his premeditative scoop against a fullish ball to break free from the shackles. However, the southpaw gets it off the bottom part of the bat. The ball was destined to go to the boundary but Sanju Samson dived to his right to pluck onto a stunner with one hand to complete the catch. It was a superb catch from skipper Sanju Samson and Jaydev Unadkat has his second wicket.

What a grab by Sanju Samson!

Thanks to @RohitnVicky for the video!

Meanwhile, a lot will now depend on skipper Rishabh Pant to do the bulk of the scoring and propel Delhi Capitals to a respectable total. Jaydev Unadkat continued to use his slow deliveries to perfection – this time to dismiss Ajinkya Rahane his third. Another left-arm spinner Mustafizur Rahman then chipped in one wicket to get the better of Marcus Stoinis to have Delhi at 37 for four.