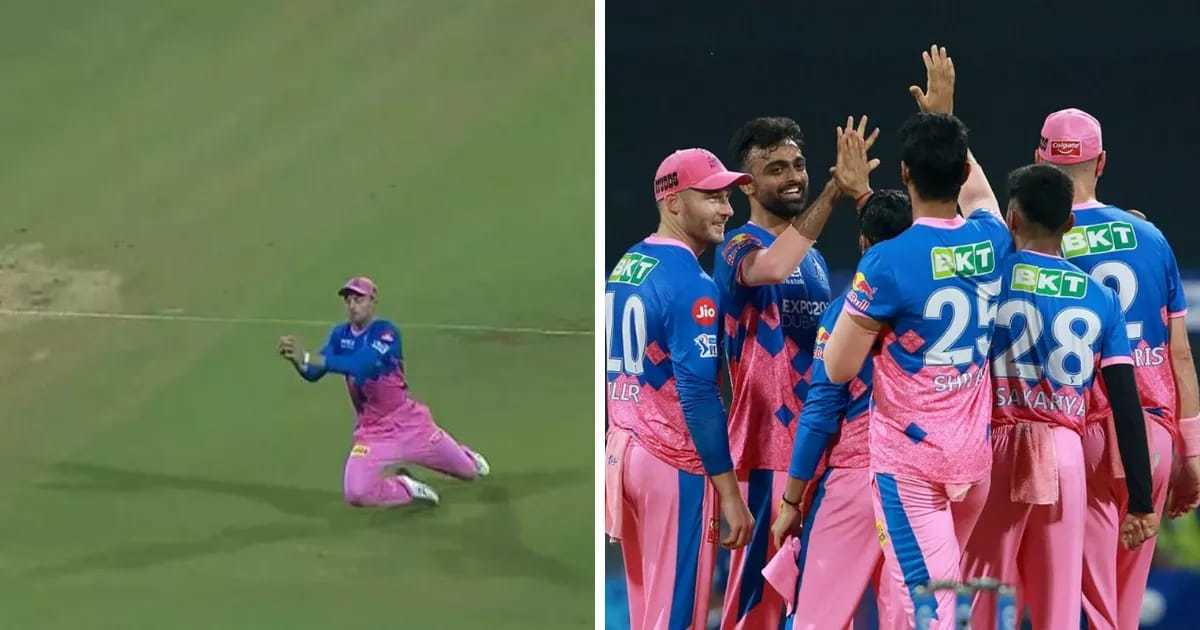 Mustafizur Rahman completely outfoxed Delhi Capitals all-rounder Marcus Stoinis as Jos Buttler finished the job by taking a fine catch to dismiss him. The left-arm seamer of Rajasthan Royals was all over Stoinis in his first over as he had no clue against his slower deliveries. Stoinis who prefers pace on the ball looked like a cat on a hot tin roof against Mustafizur’s skilful slower deliveries.

The RR bowler finally got the reward when he again executed a slower delivery brilliant and Stoinis could only lob the ball to short extra cover where Buttler was waiting for a catch. Mustrafizur rolled his fingers and Stoinis was way too early in his short and ended up playing a nothing shot. The ball pitched and even spun as Stoinis was completely deceived and he gave a catching opportunity to Buttler.

Jos Buttler initially misjudged the catch but was able to backtrack and completed the catch as Mustafizur removed the dangerman Stoinis. In his first over he kept missing his lengths and backed himself to take the wicket on his vintage slower delivery that dips when the batsman is about to make contact with the ball. Stoinis was probably trying to hit a big shot but ended up scooping the catch to Buttler who made absolutely no mistake.

Furthermore, the Delhi Capitals all-rounder scored a 5 ball duck and completely looked out of sorts against Mustafizur. Currently, DC is in a spot of bother as they are 52 for 4 with captain Rishabh Pant batting at the crease.