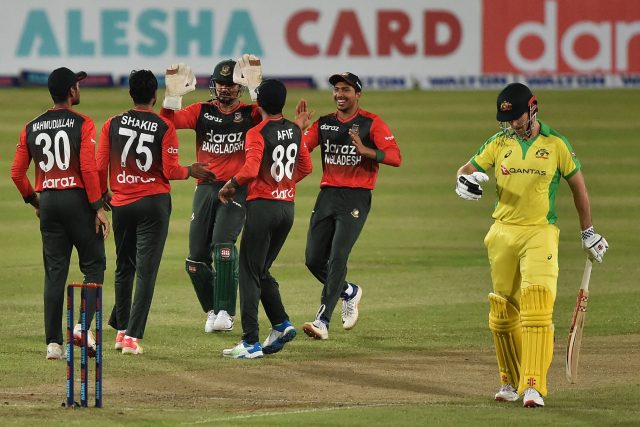 The second T20I between Bangladesh and Australia will take place on Wednesday, August 4 at the Shere Bangla National Stadium, Dhaka.

Bangladesh won the first T20I comfortably by 23 runs. Batting first they scored 131 runs at the loss of seven wickets in the first innings. Josh Hazelwood picked up three wickets conceding only 24 runs in his quota of four overs. Bangladesh batsmen did get starts but failed to convert those into a big one.

In reply, the Aussies failed to counter Bangladeshi bowler Nasum Ahmed. He picked up a four-wicket haul to derail the Australian batting line-up. Australia got bowled out for 108 in 20 overs, handing Bangladesh a 1-0 lead in the five-match series.

Bangladesh will look to further consolidate its lead in the series. While the Australians will have to pull themselves up to make comeback. All in All, we are in for a cracker of a match.

The spinners will play a key role in the second T20I as the wicket is on the slower side. Teams winning the toss will look to bat first once again.