As Team India play their last day of cricket in Australia, the Board of Control for Cricket in India (BCCI) is already looking forward to the upcoming Test series against England starting next month. Regular skipper Virat Kohli’s return will be in focus as the selectors are likely to announce the squad for the Test series on January 19 (Tuesday).

Incidentally, Kohli travelled back to the country after the first Test against the Aussie to be with her wife Anushka Sharma, who was expecting the birth of their first child. After welcoming the newborn daughter, Virat Kohli is all set to take up the leadership duties from Ajinkya Rahane.

Apart from Kohli, tall and lanky fast bowler Ishant Sharma is also set to return after missing the entire Border-Gavaskar Trophy. Ishant turned out for Delhi in Syed Mushtaq Ali Trophy to prove his fitness and looked in a good rhythm and is likely to lead the pace attack.

According to a report in Cricbuzz, the Indian think tank is unlikely to make several changes in the current Indian squad. As per the latest developments, premier bowlers Jasprit Bumrah and Ravichandran Ashwin are expected to feature in the England Test series. Incidentally, both of them missed the fourth Test against Australia owing to injuries.

The National Selection Committee chaired by former India pacer Chetan Sharma will reportedly conduct the meeting over a Zoom call which will also feature Indian skipper Kohli. The meeting of the Indian selectors is scheduled to take place at 5 PM IST on Tuesday.

Besides Chetan Sharma, who is the chairman of the senior national selection committee, Indian selectors Sunil Joshi, Debasis Mohanty, Harvinder Singh, and Abey Kuruvilla will pick the squad for the first two home games against England. The squad for the rest of the series is likely to be announced sometime later.

The first two matches of the series will be played during February 5-19 and 13-17 and the players are likely to enter the bubble on January 27 in Chennai. 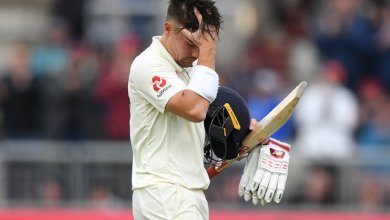