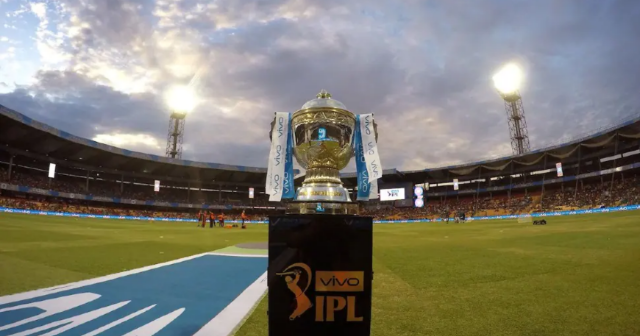 The BCCI is considering starting IPL 2022 on March 27. This discussion was done with the owners of the IPL teams at a meeting on Saturday, according to Cricbuzz.

All owners were present in the virtual meeting, including the Ambanis, N Srinivasan, Shah Rukh Khan, Preity Zinta, and others. The venue was the major topic of discussion. BCCI wants to organise the tournament in Maharashtra, with the opening game likely to be played in Mumbai, according to the initial conversations.

The possibility of conducting IPL 2022 in UAE or South Africa was also discussed. According to reports on Cricbuzz, UAE was eventually rejected because of the dew factor in the month of April and May.

Even in the T20 World Cup 2021, Toss was a huge factor in all the matches. The majority of the owners appeared to favour Mumbai, however some BCCI members advocated for the league to be moved to South Africa. In the end, it was decided that Mumbai (3 grounds) + Pune (1 ground) is the best option.

BCCI and franchisees believe that staging the tournament in Maharashtra would not be an issue because the state has a sufficient number of star hotels and stadiums with top-class infrastructure. There will be no need of air travel in this case which would help in protecting the bio-bubble.

BCCI informed the owners that a final decision will be taken on February 20 based on the COVID-19 scenario in Maharashtra. According to ESPNcricinfo, Ahmedabad can also be considered as a second venue for the play-offs if the COVID cases in India reduce by that time.

In IPL 2022, 74 matches will be played instead of 60 due to the inclusion of two new teams. The tournament is likely to be concluded in the last week of May.