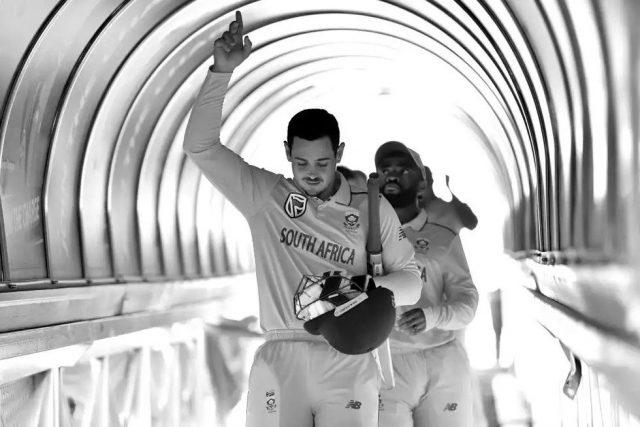 A couple of days after skipping the West Indies tie, Quinton de Kock has responded to the criticisms, apologising for his actions to the teammates and fans back at home. Incidentally, de Kock cited personal reasons to miss the West Indies game minutes after Cricket South Africa (CSA) issued a directive asking team members to take a unified stand on the Black Lives Matter movement.

“I would like to start by saying sorry to my teammates and the fans back home. I never wanted to make this a Quinton issue. I understand the importance of standing against racism and the responsibility of us as players to set an example.

If me taking a knee helps to educate others, and makes the lives of others better, I am more than happy to do so,” de Kock said in a statement.

Ever since Tuesday night, Quinton de Kock has been subjected to severe criticisms. The Proteas batsman admitted what hurt him the most was being called a racist despite coming in from a mixed-race family.

“Those who have grown up with me and played with me, know what type of person I am. I’ve been called a lot of things as a cricketer. Doff. Stupid. Selfish. Immature. But those didn’t hurt. Being called a racist because of a misunderstanding hurts me deeply.

“It hurts my family. It hurts my pregnant wife. I am not a racist. In my heart of hearts, I know that. And I think those who know me know that,” Quinton de Kock said.

After a conversation with the CSA board on Wednesday night, Quinton de Kock said has a “better understanding of their intentions” and “will love nothing more than to play cricket for my country again”.

“I know I’m not great with words, but I’ve tried my best to explain how truly sorry I am for making like this is about me,” de Kock said. “It is not.

“I just want to thank my teammates for their support, especially my captain, Temba [Bavuma]. People might not recognise, but he is a flipping amazing leader. If he and the team, and South Africa, will have me, I would love nothing more than to play cricket for my country again,” Quinton de Kock added.