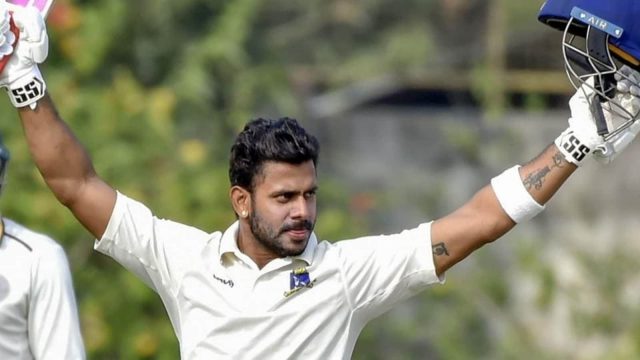 Veteran batsman Manoj Tiwary, who is a minister of Bengal in sports and youth affairs, has been included in the 21-member Bengal squad for the upcoming Ranji Trophy, CAB confirmed on Monday. Tiwary last played for Bengal in the Syed Mushtaq Ali Trophy 2020-21 where he accumulated 52 runs from four innings.

Meanwhile, this will be the first time that Manoj will play since assuming the office of West Bengal’s sports minister portfolio. Manoj Tiwary, who has accumulated 8965 runs from 125 First-Class matches for Bengal, is all set to play in his 17th year of domestic cricket.

Meanwhile, Abhimanyu Easwaran, who led the side in the last Ranji Trophy guiding Bengal to the final, will resume charge of the squad that has a couple of youngsters in their ranks.

The Bengal camp was hit with COVID-19 cases as seven members returned positive for the dreadful virus. However, Sudip Chatterjee, Anustup Majumdar, Kazi Junaid Saifi, Geet Puri and Pradipta Pramanik, who were tested positive for COVID-19, have been included in the 21-member squad. They are currently in isolation.

“Keeping in mind the current pandemic situation, the Cricket Association of Bengal had conducted RT-PCR Tests of all Bengal cricketers as a safety measure,” CAB secretary Snehasish Ganguly said.

Bengal are placed in Group B, along with Vidarbha, Rajasthan, Kerala, Haryana and Tripura. They are slated to kick off their campaign against Tripura at the M Chinnaswamy Stadium in Bengaluru from January 13.

They are slated to face Prthivi Shaw-led Mumbai in a two-day warmup game at CC&FC on January 6-7 before leaving for Bengaluru.