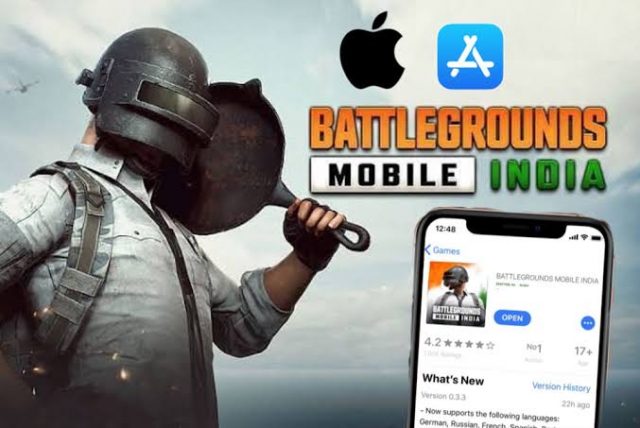 Exactly 349 days ago, The world’s One of the most popular Battle Royale titles, PUBG Mobile, was banned by the Indian government along with few other Chinese apps due to conflicts between both countries. Three months ago, South Korea-based Gaming Company, Krafton has announced the return of its most popular game, PUBG Mobile, in India. This new version will come in a new branding called Battlegrounds Mobile India.

After a long wait, Krafton officially launched Battlegrounds Mobile India for android earlier last month and the support it received was massive. BGMI topped the play store with over 10 Million downloads within 24 hours of launch. However, there was no information regarding the iOS version of BGMI from krafton’s side.

Now after a long wait, Battlegrounds Mobile India launched on the iOS platform earlier today. Players can now play their favourite battle royale game on their Apple devices without any hassle.

After the official launch of BGMI on Android, Krafton announced the Streamers battle tournament or “The Launch party” which is an invitational tournament featuring the top content creators and esports players of the country. It is a two-day event that was held on the 8th of July and concluded on 9th July 2021. Team Snax emerged as the champions of “The launch party”.

Players can register for the BMIS tournament via the in-game portal or by visiting the BGMI website. The tournament will be broadcasted on the official youtube channel and the Facebook page of Battlegrounds Mobile India.