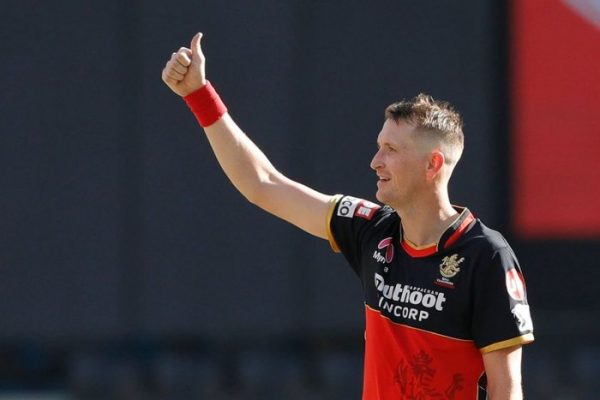 Chris Morris’s life changed completely in February when he was picked by the Rajasthan Royals for the 2021 season. Rajasthan splashed a humongous 16.25 crore making him the most expensive buy in the history of the IPL auction. Chris Morris may not have a place in the South African team but he is certainly a hot property when it comes to franchise cricket especially the IPL.

Morris who played for the Royal Challengers Bangalore had his season cut short due to an injury he suffered mid-season. Chris Morris has now opened up as to how he feels being the costliest player in the history of the auction.

My phone blew up – Chris Morris

My phone blew up – my mates from home were saying they’ll never pay for beers or anything again. I badly wanted to get back into the IPL. I had unfinished business. We basically laughed the whole way through, not believing what had happened. The first thing Simon did was grab a few beers so we could celebrate the day before a game, the professionals that we are,” Morris told BBC Sport.

The 33-year old revealed that he won’t have to worry about his family’s needs moving forward because of the massive contract that he has received. He also said that he will not be spending the fund recklessly. He said he will use the money in the future for his son’s education and fulfil his family’s wishes.

“Everything I’ve wanted to do and set up my whole life after cricket has pretty much been set up. This is just the cherry on the cake,” he says.

“I’m a big believer in wanting to look after what my family does in the future – if my three-year-old son needs to have a car when he’s 18 or needs to go to university, I don’t have to worry about stuff like that.

“It’s not about spoiling us now, about buying cars, holiday home. It’s just about making sure everyone is looked after one day.” Morris said

Chris Morris will have a huge responsibility on his shoulders not only with respect to his price tag but he also has to take the new ball and fill the shoes of Jofra Archer who misses out due to an injury.