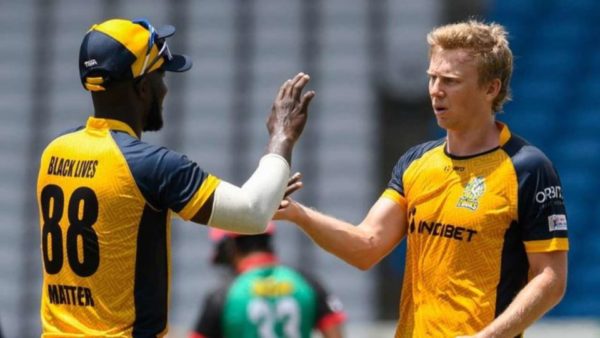 The New Zealand fast bowler had a terrific CPL playing for the St. Lucia Zouks. He ended up being the highest wicket-taker of the season. He played an instrumental role in the semis for his side against Guyana and even in the final, he gave the Zouks a chance.

He was right on point with the new ball reducing Trinbago Knight Riders for 19 for two, but couldn’t save Zouks from losing the final.