Cricket South Africa (CSA) has asked the ICC to investigate after Cricket Australia announced pulling out of their proposed tour to the rainbow nation later this year. CSA had written to the apex body to consider the financial losses less wealthy cricket boards have to incur when tours do not take place as planned. The letter is a result of Cricket Australia’s decision to pull out of the tour which was a part of the ongoing World Test Championship.

Australia’s Test tour of South Africa was postponed due to the prevailing coronavirus pandemic, Cricket Australia (CA) confirmed on February 2 (Tuesday). Incidentally, South Africa is battling a second wave of COVID-19 and a new variant of the virus.

The Aussies were scheduled to play a three-match Test series later this month. However, CA’s interim chief executive Nick Hockley stated that traveling to the country will pose an unacceptable risk to the players. As a result, Australia’s journey to the final of the ICC World Test Championship gets harder.

As per reports in ESPN Cricinfo, CSA has not lodged a formal complaint but wrote to the ICC expecting an open conversation about finding the best possible outcome to maintain international cricket schedule during the Covid-19 pandemic.

Meanwhile, as a result of the postponement of the series, New Zealand became the first team to make it to the finals of the World Test Championship. India and England who are playing an ongoing series are also in the race for that one other spot along with Australia.

Cricket Australia had also clarified that it would not be asking the ICC to delay the WTC final. The fate of Tim Paine’s side depends on the results of the ongoing India-England series in India.

“We have done everything we possibly can to make this tour happen and it’s a very difficult and challenging situation in South Africa just now and that’s what makes it even more heartbreaking that we’re not able to go. We all knew the rules going in and I think that’s what’s made this decision really, really hard. We’ve done everything we possibly can to make the tour go ahead but in the end, we had to listen to the overwhelming medical advice, so we won’t be pursuing that with the ICC, but it’s just another reason why not being able to tour is so disappointing,” ESPNCricinfo had quoted CA’s Interim CEO, Nick Hockley as saying. 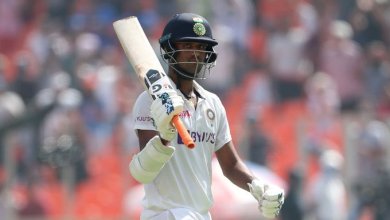