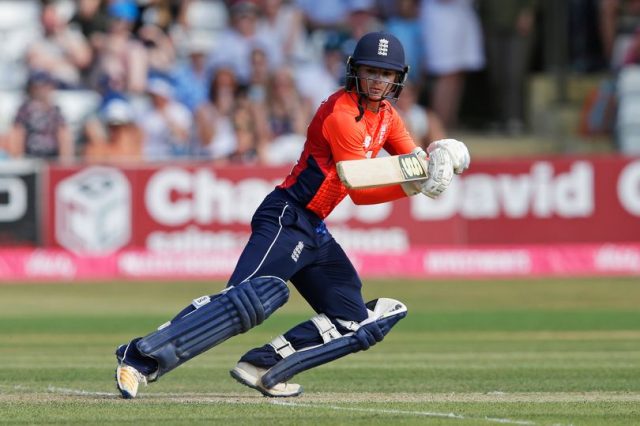 “Good Luck vs our boys but not too much”.

Thanks a lot Ashwin! Nice to receive kind words from a legend in the game. Good luck v our boys but not too much 😆 https://t.co/8kEme3tBuu

Some of these shots 😍

India Women decided to bat first in a pressure game after winning the toss. They were dealt a body blow in the very first over, with Shafali Verma being sent back to the pavilion. Smriti Mandhana built a partnership with skipper Harmanpreet Kaur which took India to safety. Following a cameo from Richa Ghosh at the end, India reached 153 in their stipulated 20 overs.

The England Women chased it down on the back of a splendid knock from Danielle Wyatt. She was missing in the ODI series but it didn’t affect her form in the shortest format. Although she lost her opening partner early, she paired up with in-form Nat Sciver to forge a 112-run partnership.

Sciver was dismissed a few runs shy of the target but not before she set up an easy win for England. Heather Knight then joined Wyatt to complete the formalities. Wyatt looked in superb touch during the entire innings. Her knock of 89* was laced with 12 boundaries and a six which killed the game in the penultimate over. She won the Player of the Match award for her efforts.

Despite a good showing on the day, India women fell short. They also lost the multi-format series 6-10, after conceding defeat in both the ODI series and the T20I series.